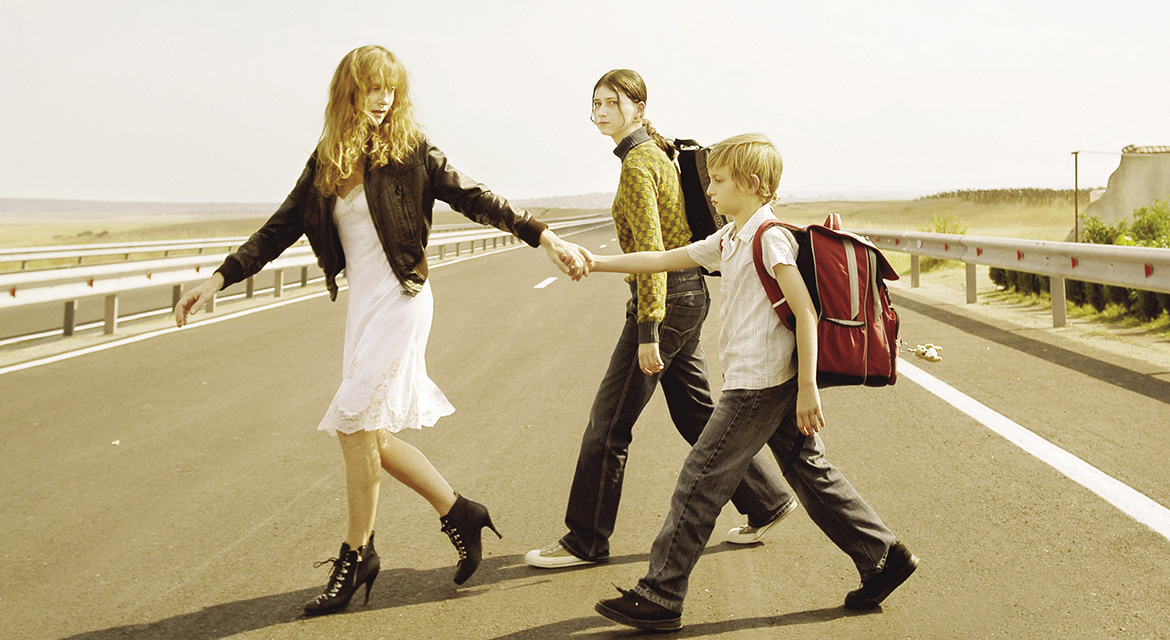 Ursula Meier’s charmingly offbeat debut features an eccentric but happy family whose life is turned upside down when a busy highway running straight through its front yard opens, cutting them off from the world. As Marthe, Michel, and their three children grow increasingly isolated and cracks start to show in their family unit, their quirkiness turns into madness. Starring as the mother who would rather live on the highway than give up her home, Isabelle Huppert excels portraying humanity amidst absurdity, achieving a balance between the quotidian and the outlandish.

“Ms. Meier puts her characters into play so casually, with no signs of strain, that what happens in Home remains surprising and pleasurable, even when the story goes dark, then darker.”
— The New York Times