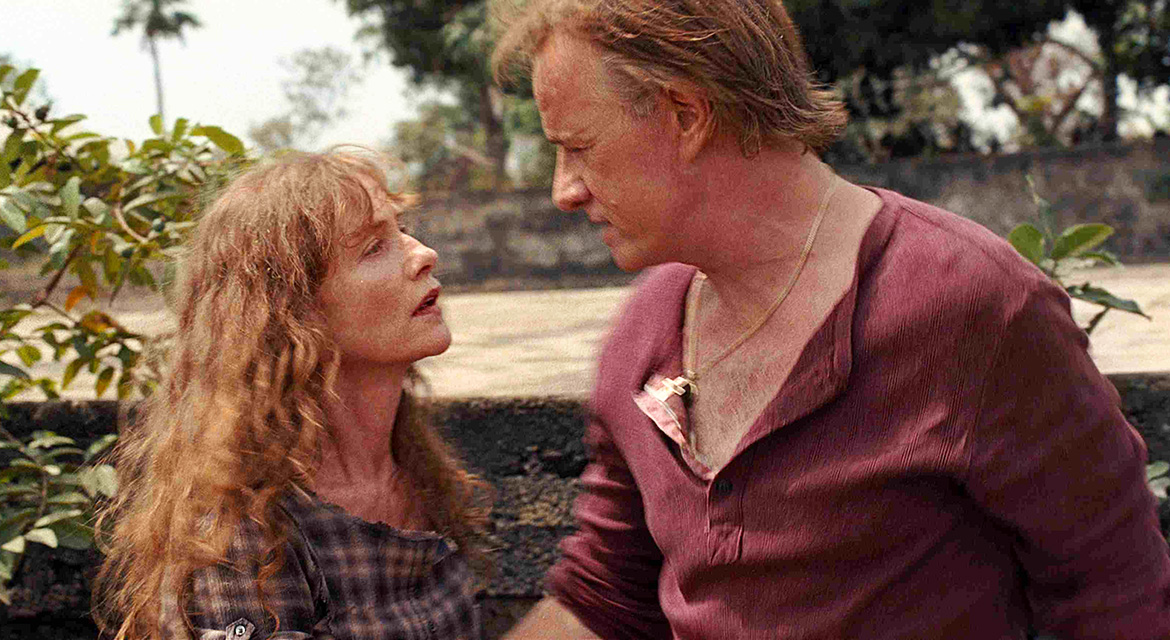 Update: Director Claire Denis regrets that she is unable to attend tonight’s Q&A.

When civil war erupts in a troubled African nation, a farm-owner fights to save her family’s failing coffee plantation, putting her life at risk as rebel troops close in.

In the role of a white woman who sees herself as an African, Isabelle Huppert delivers one of her most complex performances, exuding an unnatural, fiery calm amid turmoil. This inspired team, uniting the great actress with writer-director Claire Denis, herself raised in West Africa, produced an instant classic: a resonant tragedy of postcolonial chaos bathed in the sights and sounds of an unspeakably beautiful land.

“White Material, a striking film filled with images that sometimes reveal their full meaning only when their beauty curdles in the chain of signification.”
— New York Times