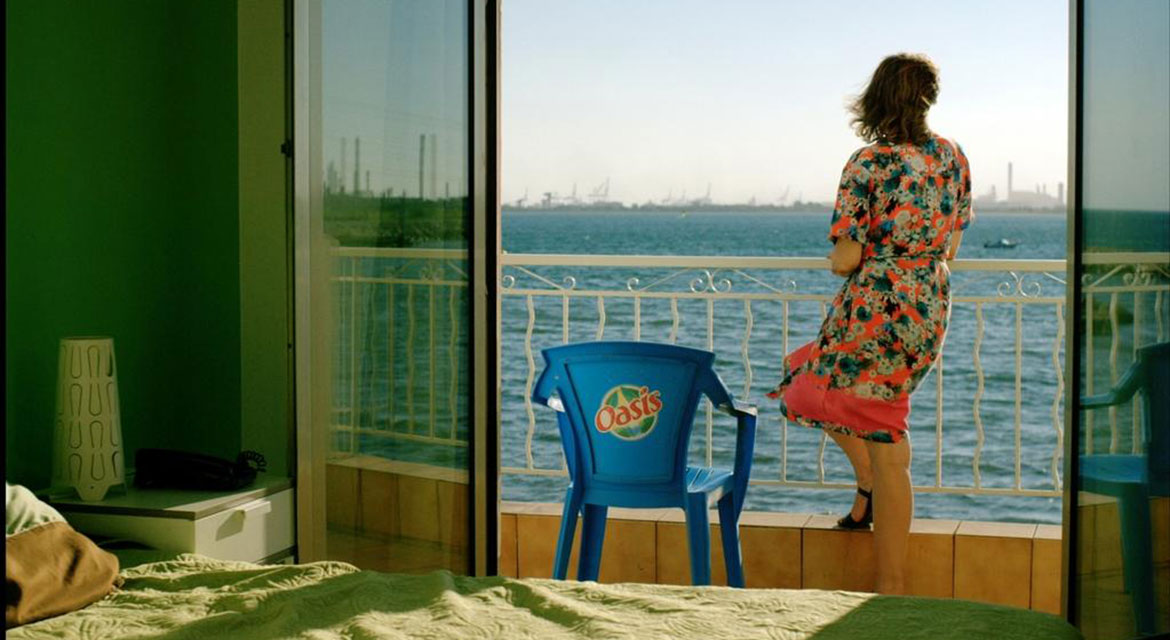 Something Is Happening begins like an uplifting, charmingly quirky road movie: having lost her husband and job, Irma jumps into a river in Avignon, only to be rescued by Dolores, a free-spirited Spaniard roaming the south of France to research a gay-friendly travel guide. Irma and Dolores strike up a friendship and head off in Dolores’s convertible.

While most filmmakers would be satisfied to stick with the ensuing subtle character study of women in middle age, served by vulnerable performances by actresses Bojena Horackova and Lola Dueñas, Anne Alix’s project is both more original and more profound. As they wander glorious backroad landscapes, Irma and Dolores serve as our fictional guides into a little-seen France of factory workers, hunters, and fishermen, all of whom are played by non-actors participating in the film in their own roles.

Gradually, the fictional canvas loosens, the focus shifts to the population of the sun-drenched hinterland, and it is revealed that the “something happening” is the massive influx of migrants on Mediterranean shores. The film takes on a haunting urgency as it develops into one of the most exhilarating examples of the growing genre of documentary- fiction hybrids.

Part of the 2018 ACID Cannes program.

“Something Is Happening immediately breaks the picturesque Provençal fantasy, reinventing the territory by filming its side.” — Cahiers du Cinéma