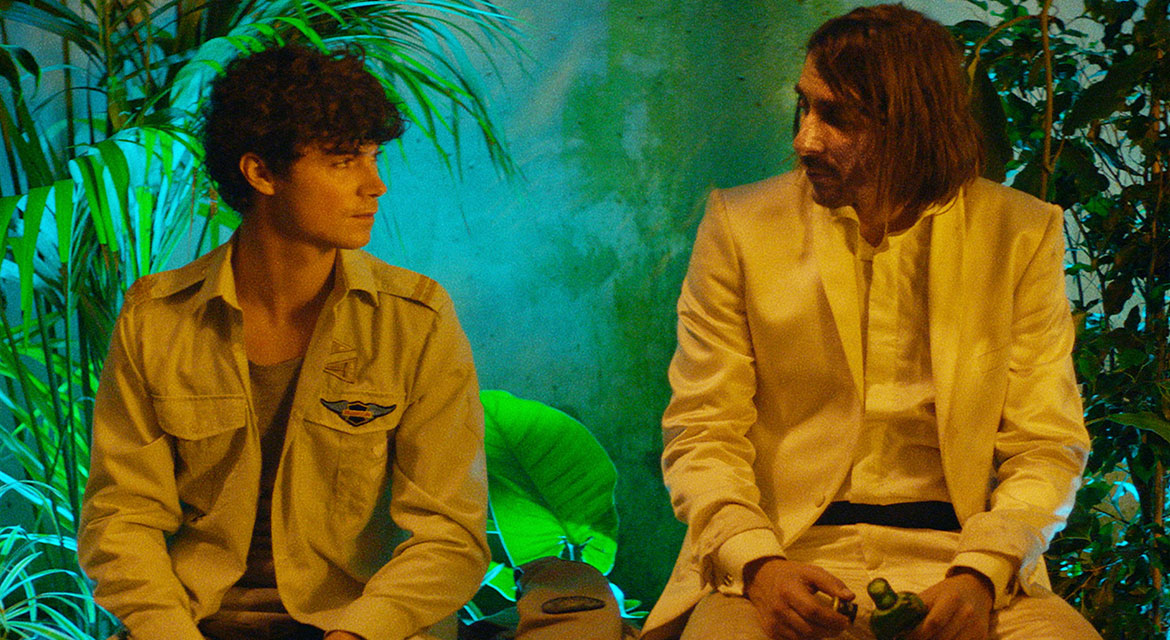 Somewhere in the woods between Paris and Tours, an amnesiac former sitcom star with a propensity for filching salmon runs into a heartbroken soldier trying to sneak in to his late lover’s funeral. The unlikely pair wind up on the run together after stealing a car—and a body part.

With their first feature, Maxime Matray and Alexia Walther blend psychedelic absurdity and a typically French brand of delirious black humor to achieve a surprisingly earnest effect, turning their shaggy dog story into a meditation on lost love and the pull of the past.

“The first feature film by Maxime Matray and Alexia Walther renews the genre of mad love and mourning.” — Le Monde

“Around mourning and amnesia, a first film that combines poetry and absurd humor.” — Libération