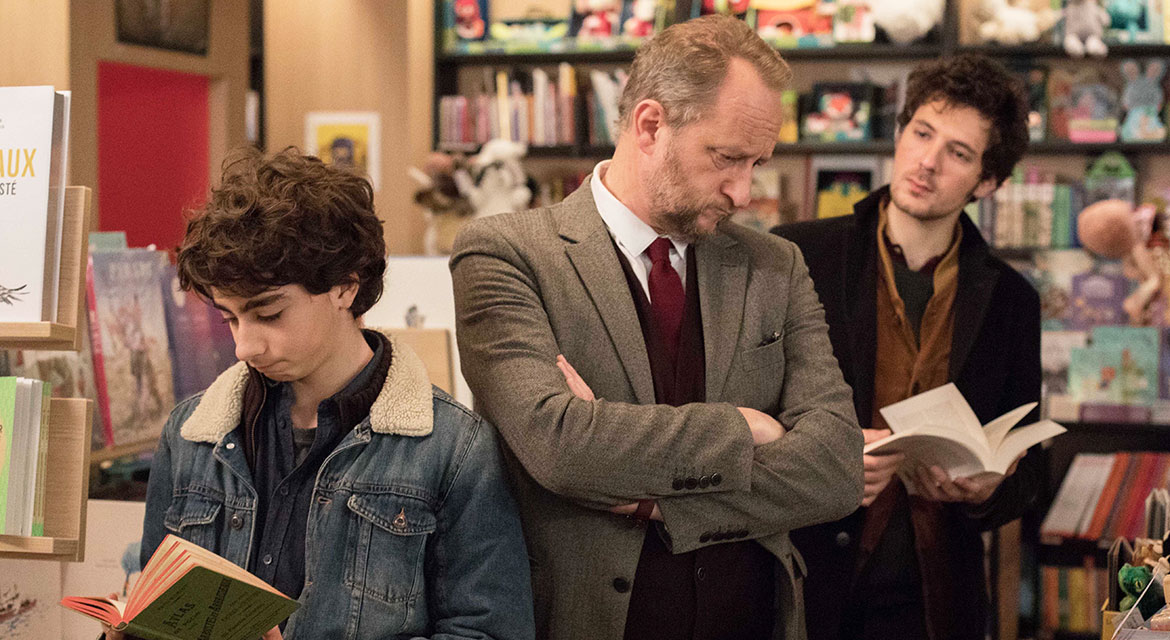 Things are getting complicated in the Zuccarelli household: single father Joseph has given up his medical practice to pursue his unlikely dream of becoming a writer, his grown son Joachim pretends to pursue a Masters in psychiatry but mostly moons over his ex, and thirteen-year-old Ivan is undergoing a mystical conversion. Though the Zuccarellis have grown apart, they continue to look out for each other, including in the most inappropriate ways: Ivan sets Joachim up with his Latin tutor, while Joachim begs a publisher not to reject his father’s manuscript. As this delicate comedy reveals, family life is a balancing act… on constantly shifting ground.

“In his first feature film, Félix Moati draws an imbalanced family with a fragile thread. By following this fragile trio, he enters the big leagues. Endearing.” — Le Figaro