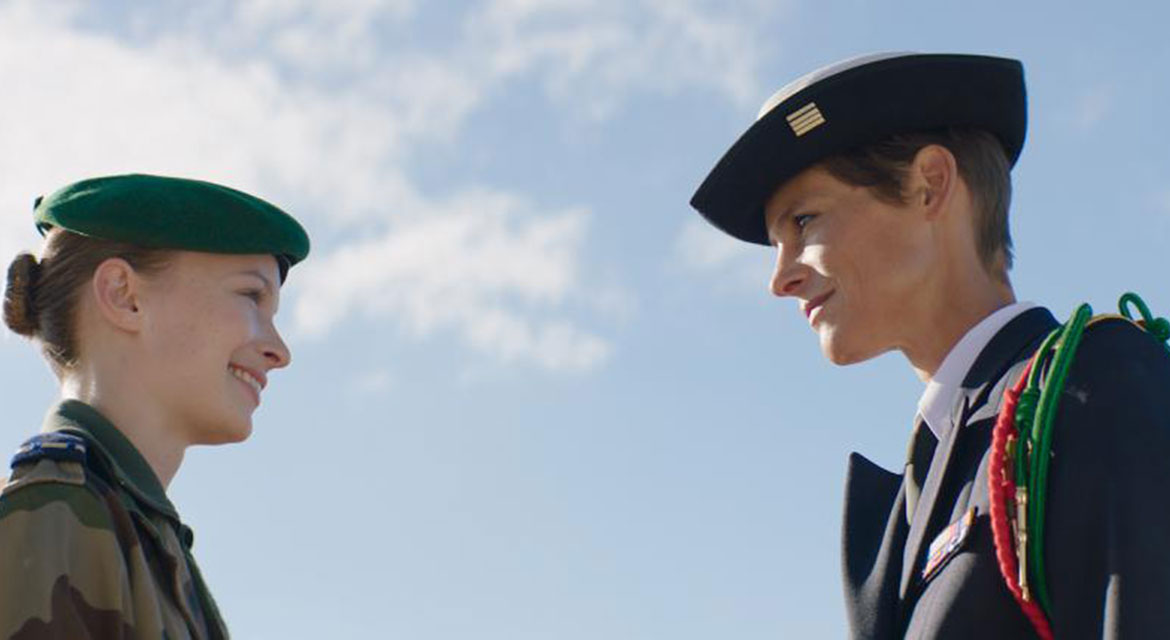 Introduced at 7:30pm by Anne-Katrin Titze, film journalist and lecturer

Tired of being a student, well-bred and highly-educated Laure Baer stuns her family by joining the Navy and attempting to be the first woman to enroll in a special ops training course. Assigned to the Naval Academy, 23-year-old Laure finds herself in a game of cat and mouse with her ice-cold commanding officer. As their face-off becomes dangerously intense, she goes to extreme lengths to prove herself to him… and to herself.

Featuring a powerhouse cast of actors led by Diane Rouxel, Raising Colors is a masterfully directed tale of a woman coming into herself in a male-dominated environment.

“Hélène Fillières explores the world of the navy with tact.” — Le Figaro

“Volontaire is the story of a blossoming, which Hélène Fillières stages it difficult and complex: perfect reflection of the world of today. A beautifully and firmly feminist film.” — Télérama