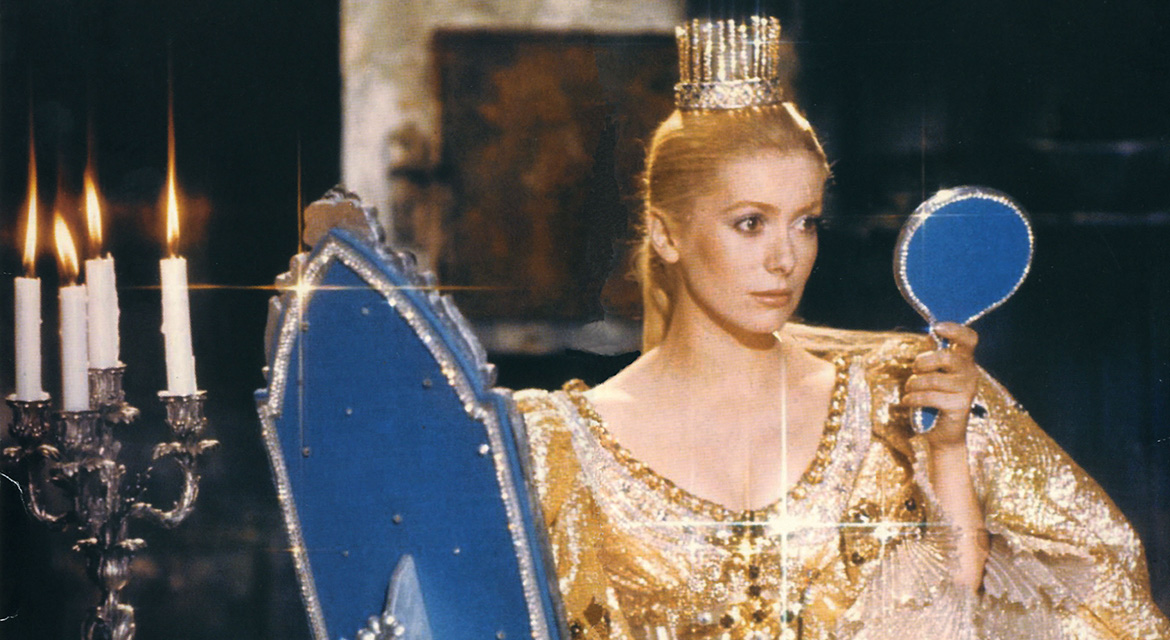 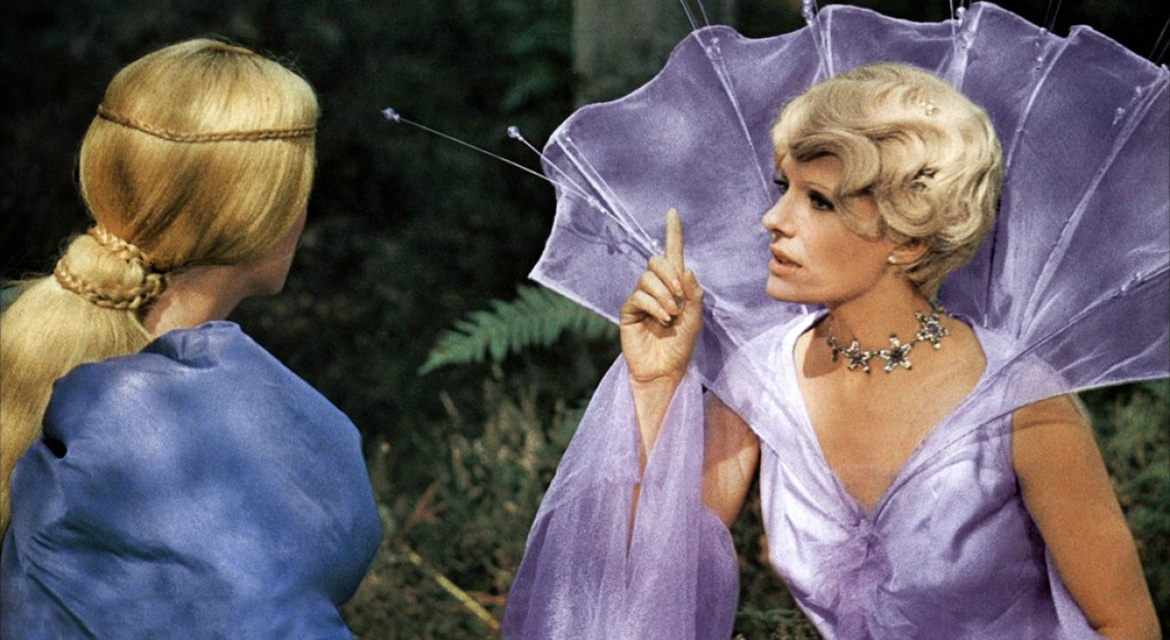 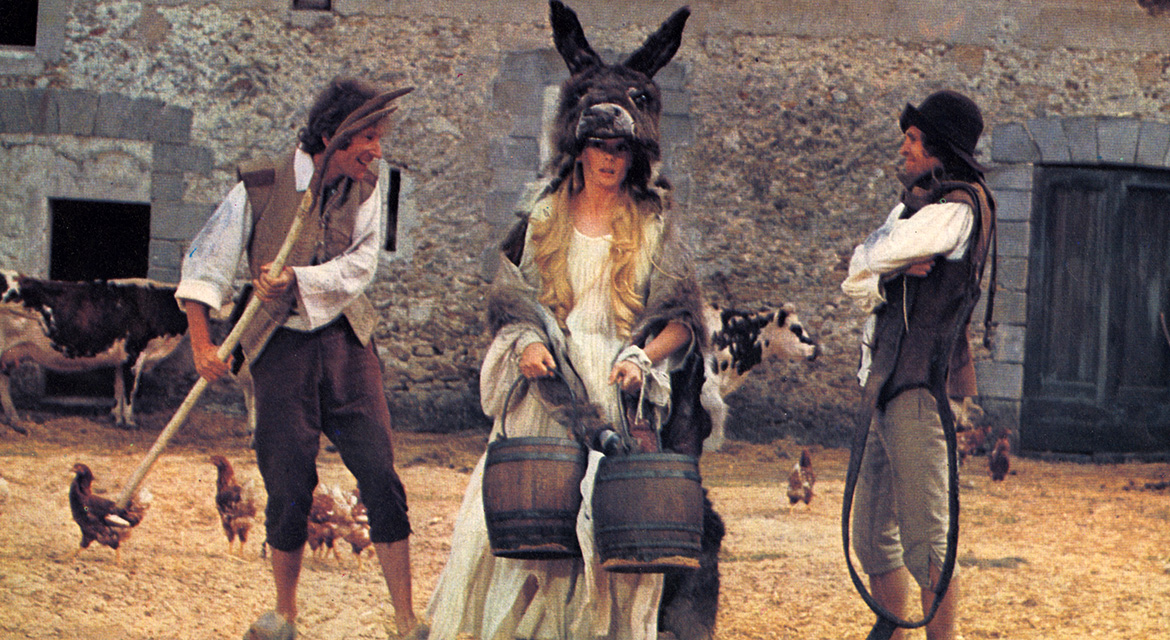 The screening will be introduced by film journalist and lecturer Anne-Katrin Titze.

In this lovingly crafted, wildly eccentric adaptation of a classic French fairy tale, Jacques Demy joins Michel Legrand and Catherine Deneuve for a third time, following the successes of The Umbrellas of Cherbourg and Les Demoiselles de Rochefort.

Deneuve plays a princess, who must go into hiding as a scullery maid in order to fend off an unwanted marriage proposal—from her own father, the king (Jean Marais). A topsy-turvy riches-to-rags fable with enchanting songs courtesy of Legrand, Donkey Skin creates a tactile fantasy world that’s perched on the border between the earnest and the satiric, and features Delphine Seyrig in a delicious supporting role as a fashionable fairy godmother. (Synopsis courtesy Janus Films/The Criterion Collection)

“In Donkey Skin, [Demy] takes a romantic fairy tale and brings it down to earth with prosaic details” – Slant Magazine