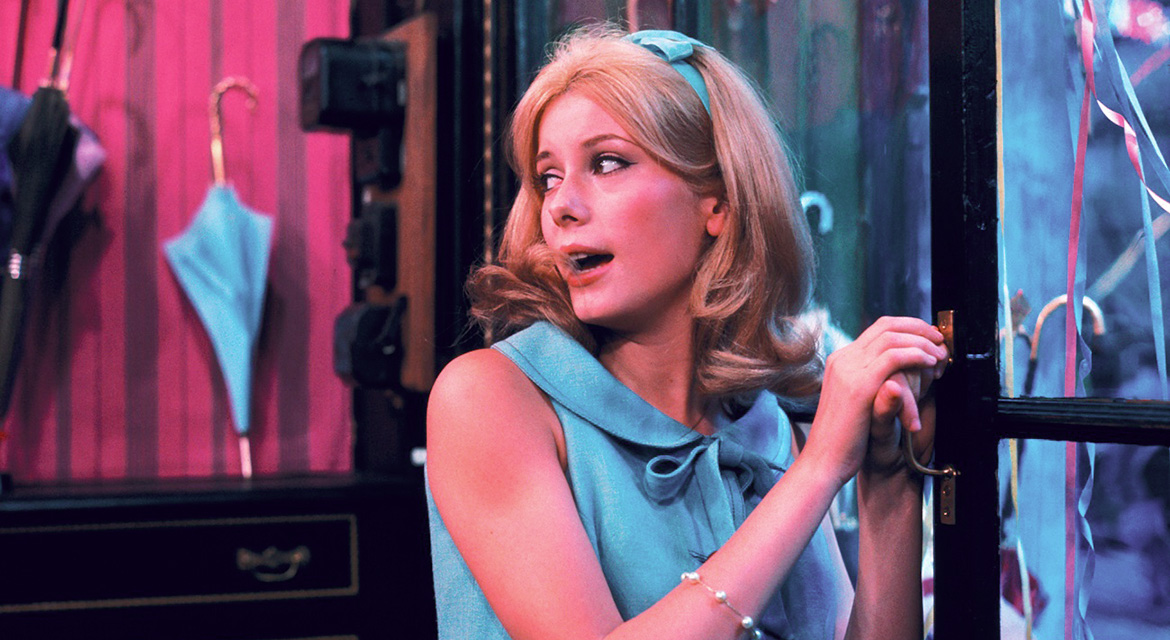 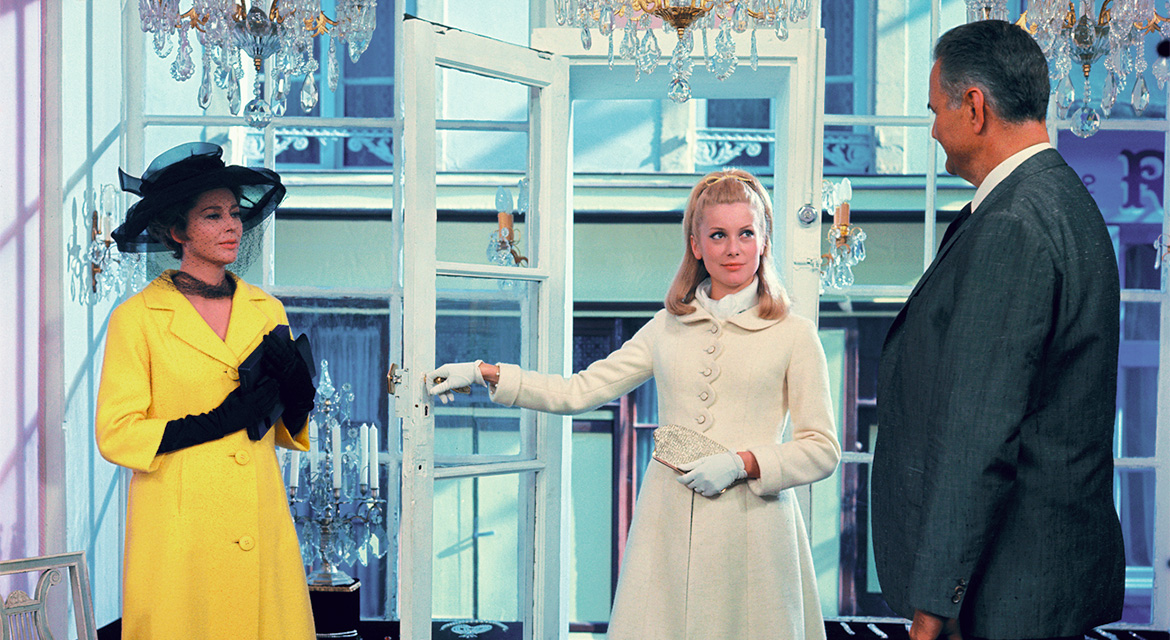 Told entirely through Michel Legrand’s lilting songs, The Umbrellas of Cherbourg launched the angelically beautiful Catherine Deneuve to stardom. This dazzling musical heart-tugger from Jacques Demy features Deneuve as an umbrella-shop owner’s delicate daughter, glowing with first love for a handsome garage mechanic, played by Nino Castelnuovo. When the boy is shipped off to fight in Algeria, the two lovers must grow up quickly.

Exquisitely designed in a kaleidoscope of colors, and inspiring some of Legrand’s most memorable music for which he was nominated for three Oscars (Best Original Score, Best Song, and Best Musical Adaptation), The Umbrellas of Cherbourg is one of the most revered and unorthodox movie musicals of all time. (Synopsis courtesy Janus Films/The Criterion Collection)

“A cinematic confection so shiny and sleek and sugar-sweet.” — The New York Times

“[The music Michel Legrand] produced here remains something of fresh and unpretentious elegance, light in touch but warm in emotion.” — The Telegraph