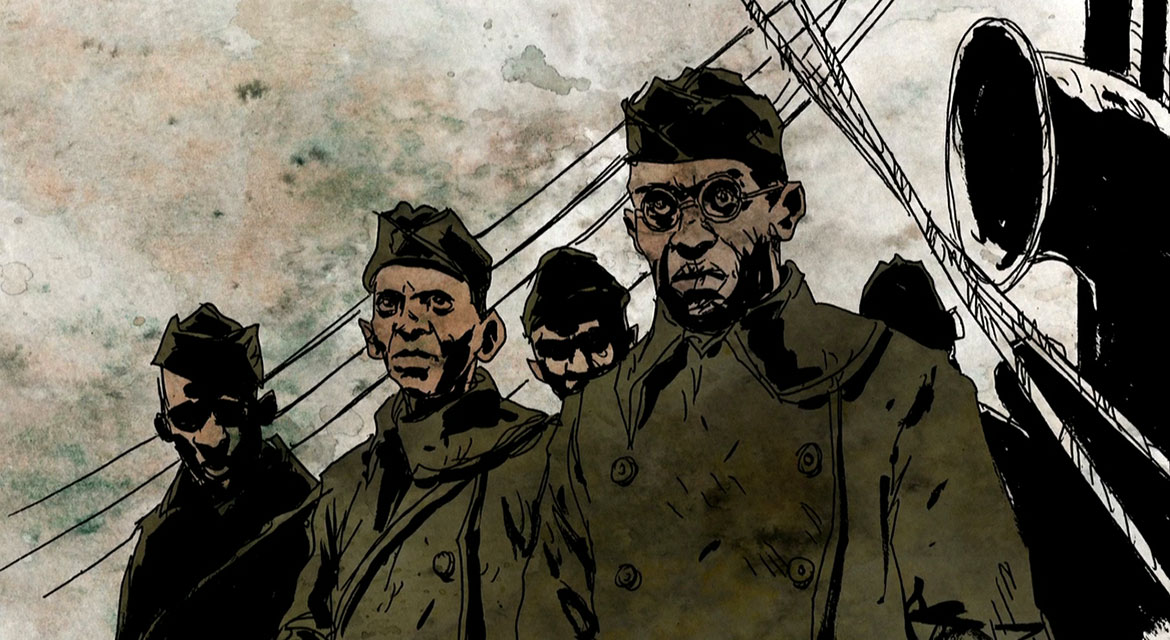 As 1917 came to a close, the 15th Regiment of the New York National Guard prepared to join the bloody fray of World War I in France. This exclusively African-American unit, nicknamed the Harlem Hellfighters, would become one of the first American regiments to fight alongside their French compatriots, the poilus, under French command. While in the trenches, the Hellfighters witnessed the horrors of war, but they also discovered a land where racial segregation did not exist. As the Hellfighters bravely defended liberty and democracy on the European battlefields — eventually becoming one of the most decorated units in World War II — they also waged another war for racial equality in their own country.