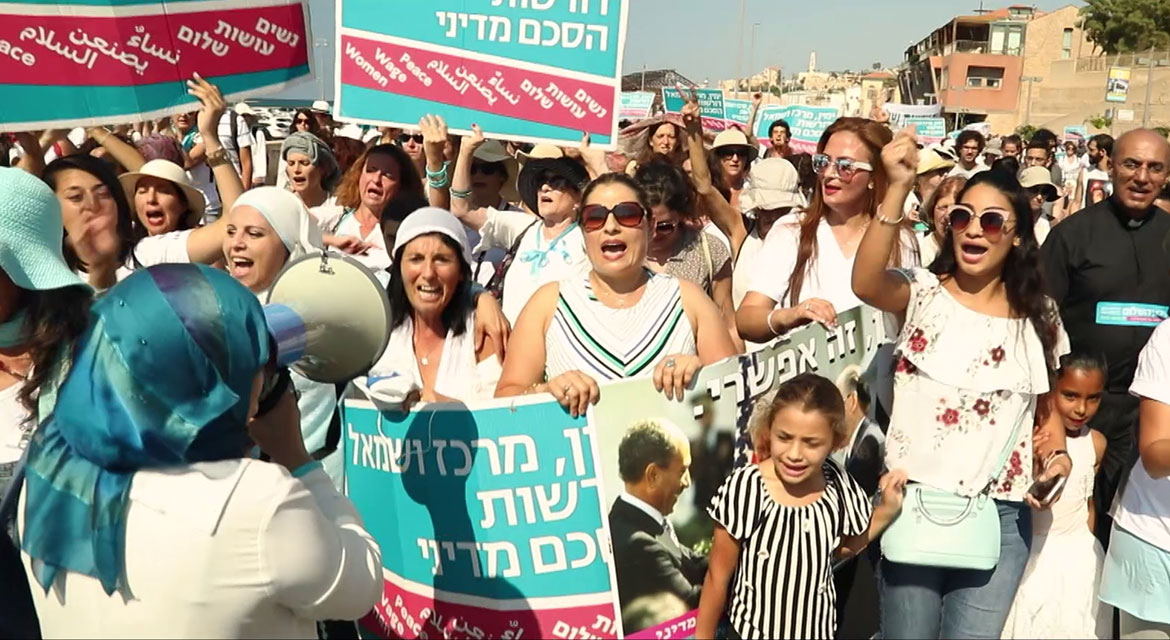 Tensions between Israel and Palestine escalated during the summer of 2014, following the murders of three Jewish and one Arab teenagers. As Israeli airstrikes on Gaza reverberated across the region, a group of Palestinian and Israeli women started an informal movement: Women Wage Peace. Exasperated by the ceaseless conflict that has ravaged their communities, these women coalesced around a simple but audacious goal: to bring their respective leaders to a negotiating table. Women Wage Peace is now comprised of tens of thousands of women, from all political and religious backgrounds. Together, they march to demand peace. Warriors for Peace documents their unflinching optimism and determination toward a peaceful resolution.

The screening will be followed by a Q&A with director Hanna Assouline and Leah Pisar, President of the Aladin Project, which promotes harmonious intercultural relations, particularly among Jews and Muslims.