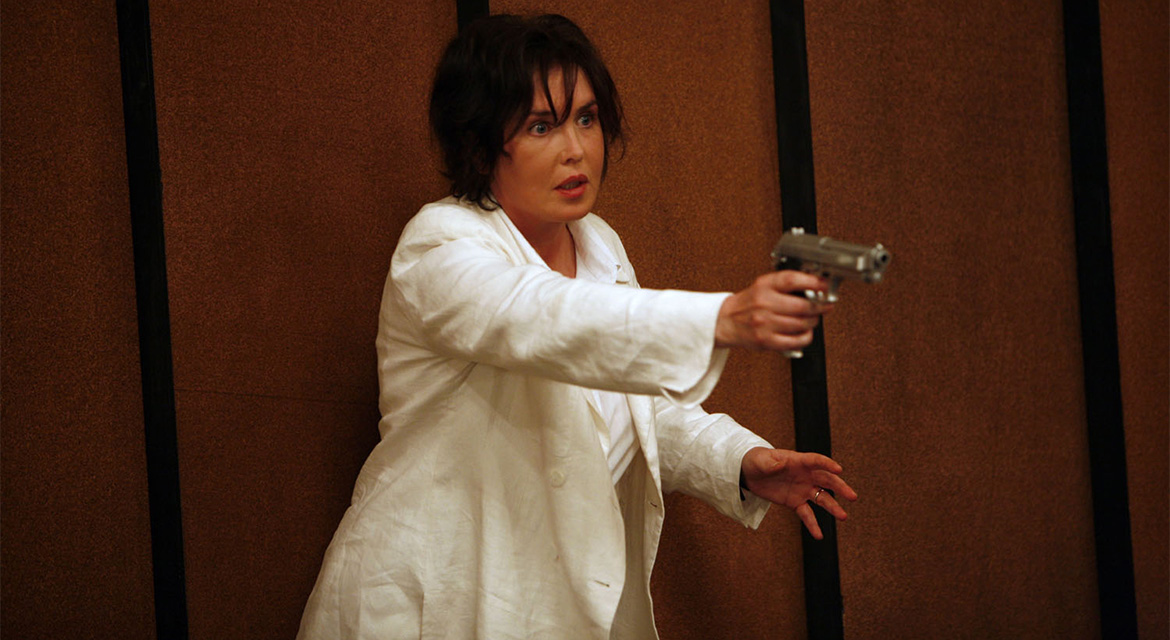 Adjani made a triumphant comeback and earned her fifth César Award as Sonia Bergerac, a harried drama teacher in a tough high school outside Paris. After confiscating a weapon from one of her students, Sonia takes her pupils hostage and makes a last-ditch attempt to teach them to reject racism, sexism, and violence—with a gun in hand.

At once a tragedy on the failures of French integration, a wry feminist manifesto, and a gripping thriller, Skirt Day was initially produced for television, where it met with such acclaim that it was released theatrically and became a sweeping cultural phenomenon.

“A third-act reveal in writer-director Jean-Paul Lilienfeld’s Skirt Day is meant to transform the film’s incendiary take on “the new France” into a subversive feminist tract.”
LA Weekly