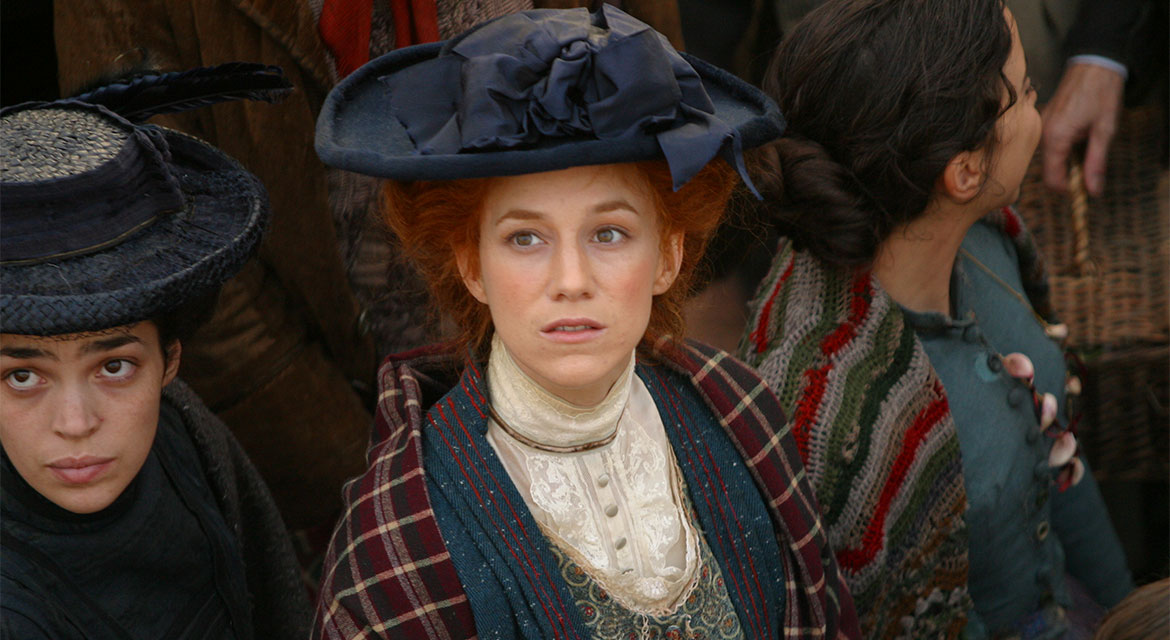 This strikingly vivid depiction of the great wave of American immigration at the turn of the 20th century, follows a multi-generational Sicilian family as it crosses the ocean and is processed at Ellis Island. The story focuses on the encounter between Salvatore (Vincenzo Amato), a young widower, and Lucy Reed (Charlotte Gainsbourg), a mysterious, fiery, redheaded Englishwoman who must prove she has a fiancé to be allowed into the United States.

With its affecting mix of pungent realism and unexpected dreamlike sequences, Golden Door won six awards at the 2006 Venice Film Festival. Its portrayal of the hardships and hopes of immigration remains as timely as ever.