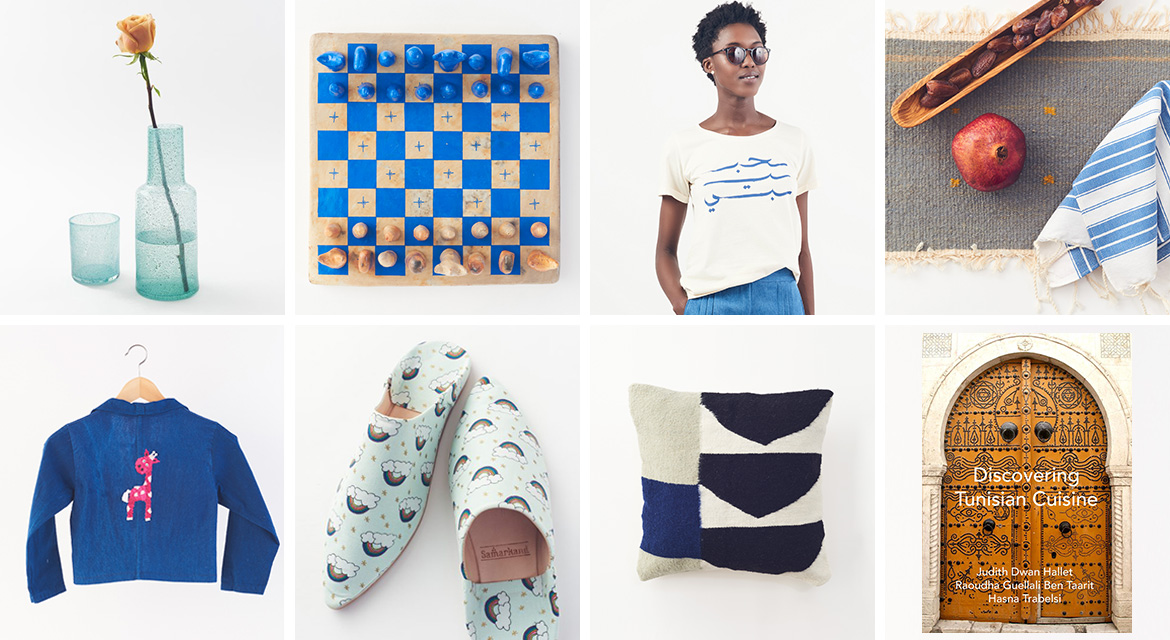 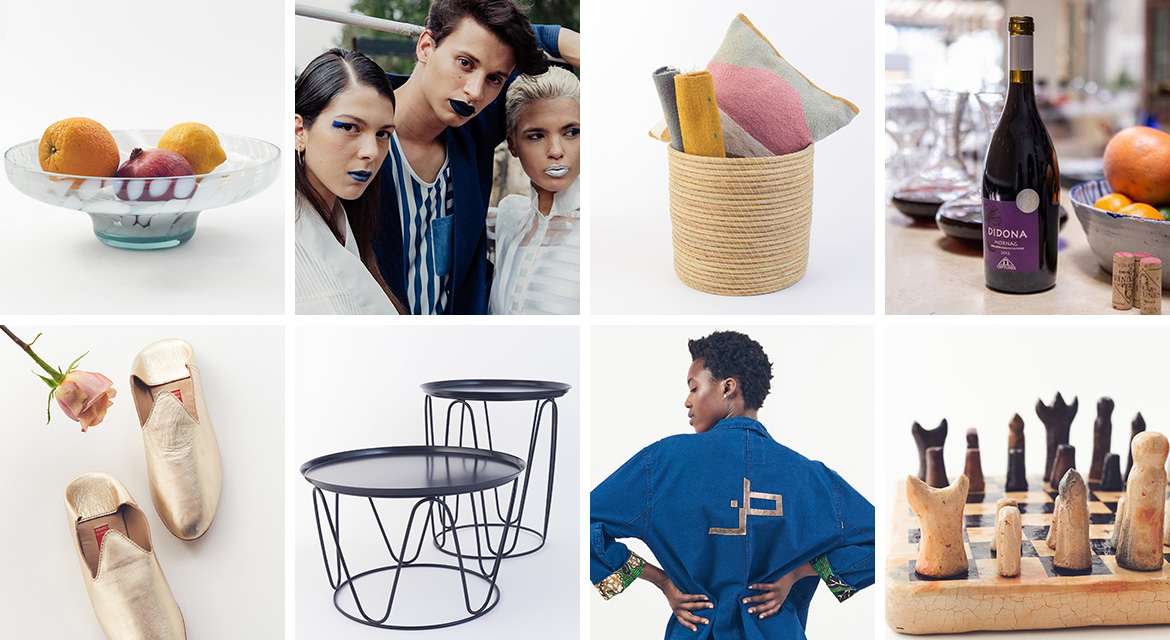 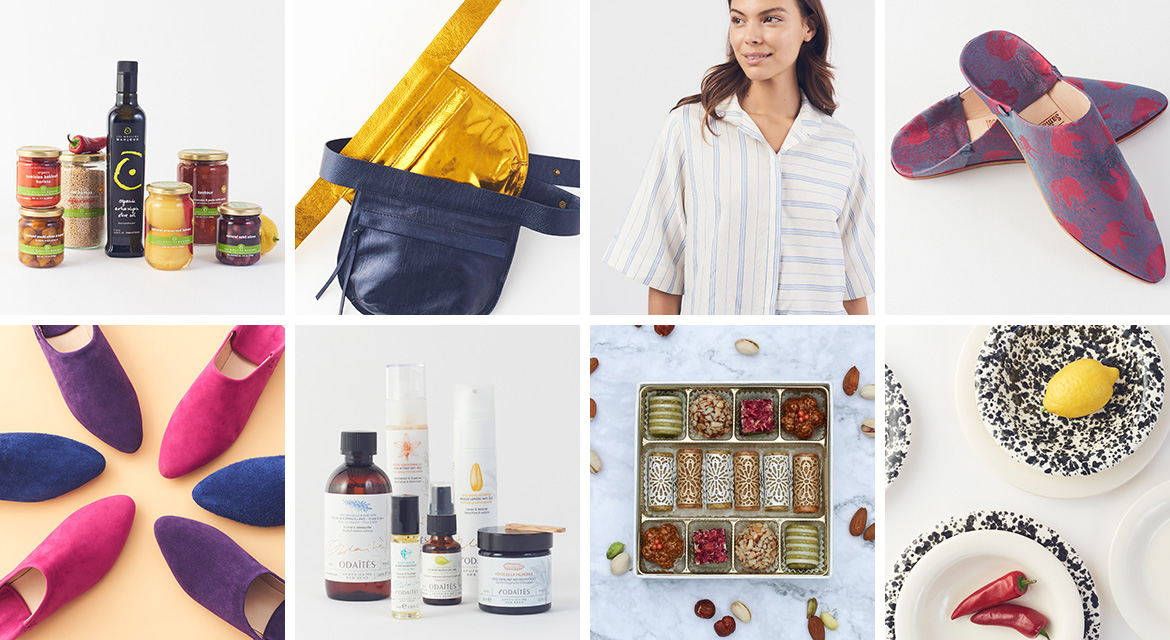 Shop and discover leading and emerging Tunisian brands, designers, and artisans, showcased in a one-of-a-kind pop-up at FIAF. Just in time for the holidays!

This two-day pop-up market in the FIAF Skyroom features a curated collection of men’s, women’s and children’s ready-to-wear, accessories, beauty, home décor, books, and food. A kids corner during the souk will offer books and games for children to enjoy while parents are shopping.

A portion of the proceeds go to support FIAF’s cultural and education programs. 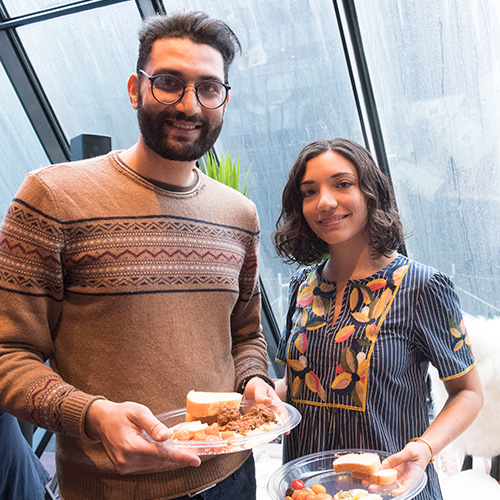 Get to know the people, products and stories behind the brands while enjoying Tunisian wines and kemia (selection of dips and bites) at a special reception and shopping experience. 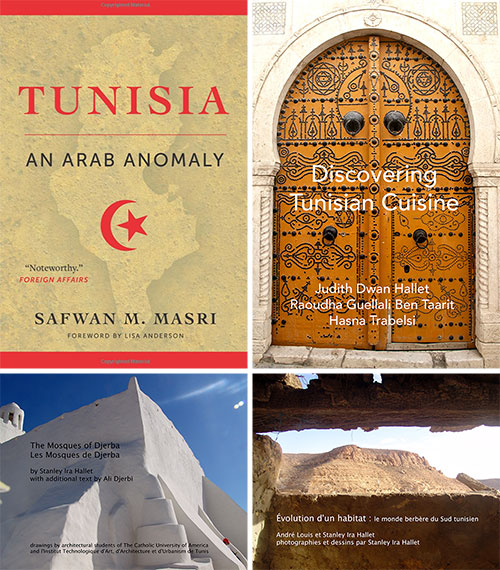 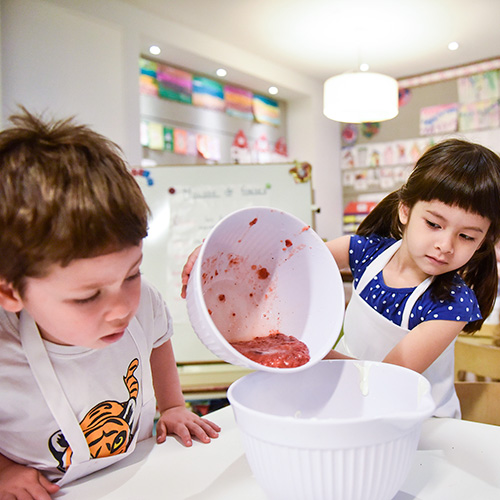 Please note that almonds will be used in the recipe. 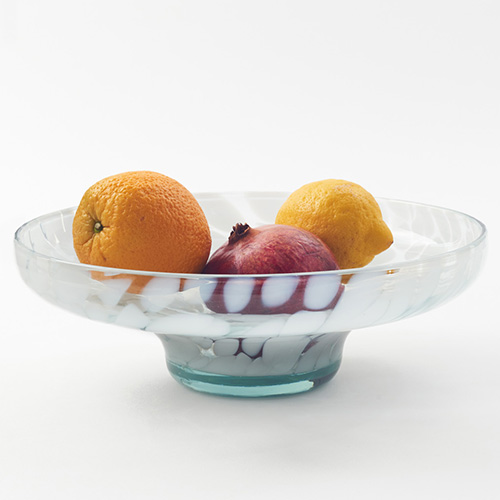 In an atelier just minutes from the Mediterranean coast, AKAM produces handblown glassware in the tradition of ancient artisans. Founded in 2014, they are reviving and expanding the tradition of handblown glass in Tunisia. Applying contemporary designs to ancestral techniques, AKAM represents both the history of Tunisia and today’s vibrant community of artists and creatives. 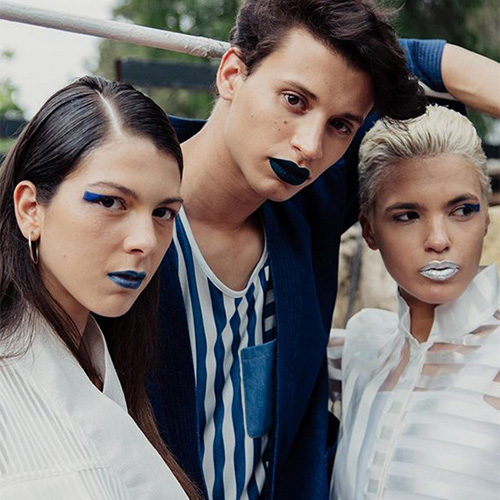 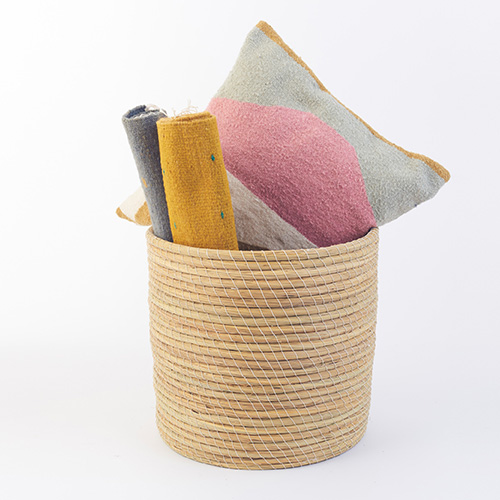 Based in the Kasserine region of Tunisia along the Algerian border, this collective of mostly women artisans uses natural materials and ancestral techniques to create baskets, rugs and pottery imbued with local terroir. Their pieces are inspired by the patterns and shapes of the traditional Tunisian home updated for modern aesthetics. 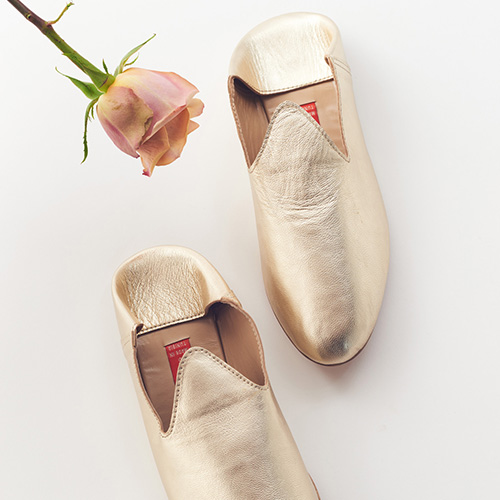 Babouches, flat leather slippers with a pointed toe, are ubiquitous in Tunisian households, and recently the staple slip-on has jumped onto Western runways. Inspired by ancestral fashions, Tunis-based Baboucheschacha designs polished babouches that stay true to their sartorial roots while incorporating effortlessly into modern wardrobes. 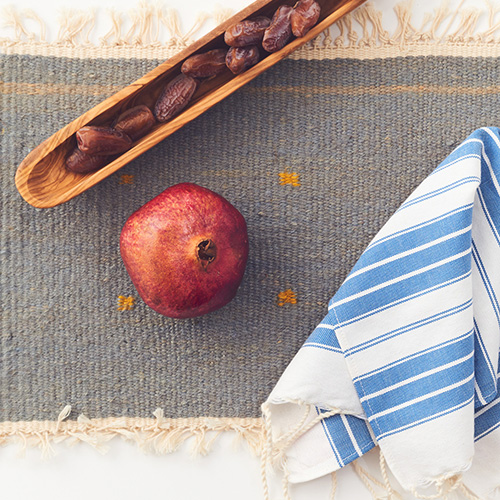 Third-generation artisan Fakher Baklouti inherited his craft from his father, who learned it from his father. The family business? Wood working, transforming Tunisian olive trees into rich amber bowls and platters that almost seem to glow. “It is our family heritage,” Baklouti says of his profession. “This is not simply a work that I am practicing with my hands. It’s a passion, a love story!” 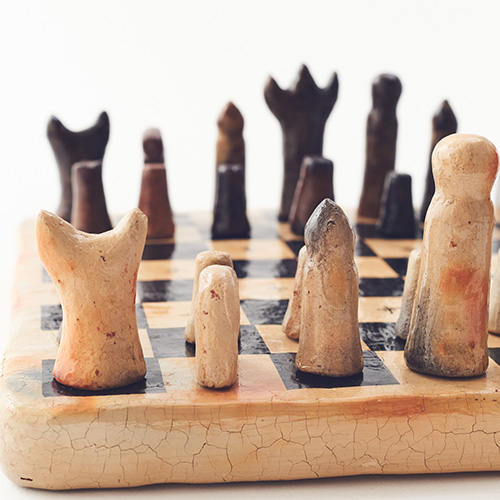 Created by Hella El Khiari and Thomas Egoumenides, Flaÿou is a Tunis-based integrative design studio that works in object, graphic and environmental design. Chich-Bich, which means backgammon in Tunisian Arabic, is Flaÿou’s collection of playful board games inspired by Egoumenides’ love of backgammon and the traditional pottery of the Sejnane region, where local artisans have worked with clay for more than 3,000 years. 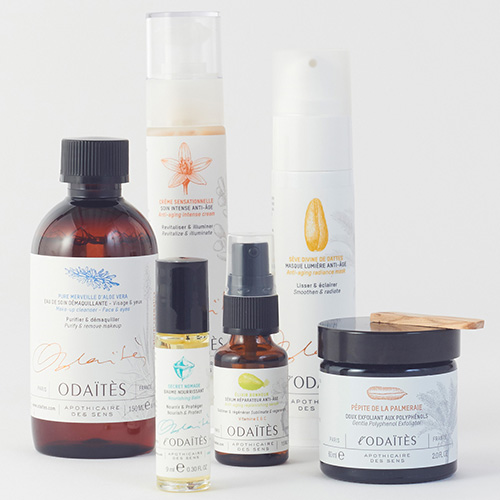 Developed in Paris by three Tunisian sisters, L’ODAÏTÈS is skincare rooted in the Mediterranean. The brand sources active ingredients in the Tunisian garden, including dates, prickly pear and bitter orange oil. Use their creams, masks and serums a la carte, or pair them together for skincare regimen that will leave skin soothed and revitalized. 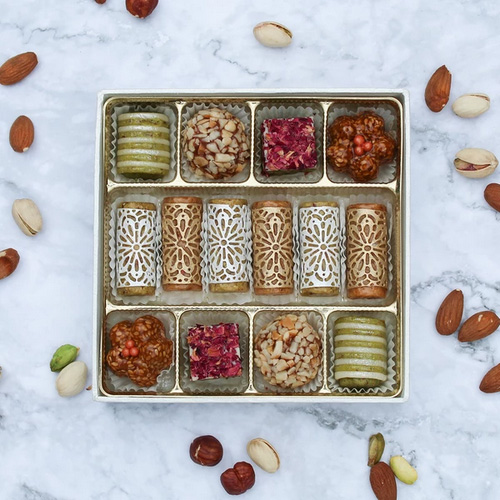 Layla’s Delicacies creates delicious handmade Mediterranean treats to share with the world. Their delightful delicacies are unique pastry pieces perfect for gifting or for one’s own enjoyment. Shipped from New York, the treats are fresh, authentic, and handcrafted by the best artisans. 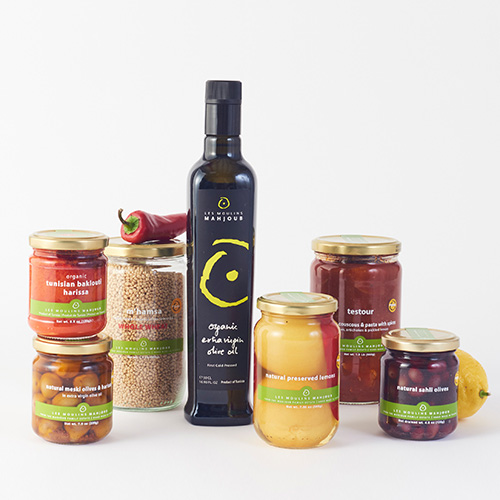 Olive cultivation is a millennia-old practice in Tunisia, where locally pressed oils are gaining prominence on the world stage. Carrying on that rich tradition is Les Moulins Mahjoub, a family-run producer of table olives, olive oils, spreads and sauces that has been farming in Tunisia for generations. Their award-winning products are made the slow way—with organic farming techniques, olives picked by hand, all-natural ingredients and the dedication of a family with deep Tunisian roots. 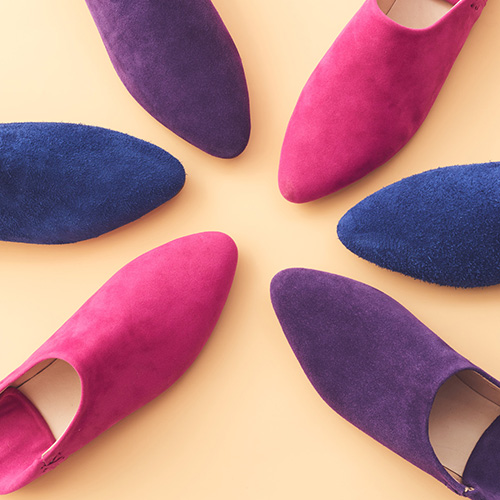 The creative force behind Les Trois Chameaux is Souheil Fitouri, a fifth-generation balgha maker who learned to craft the classic Tunisian slipper from his father, master balgha maker of the Tunis medina. Today, Les Trois Chameaux preserves Tunisia’s sartorial heritage and adds a dash of inspiration, working with young artisans and designers to adapt the traditional footwear to contemporary fashion and export it beyond the Mediterranean to Europe and the U.S. 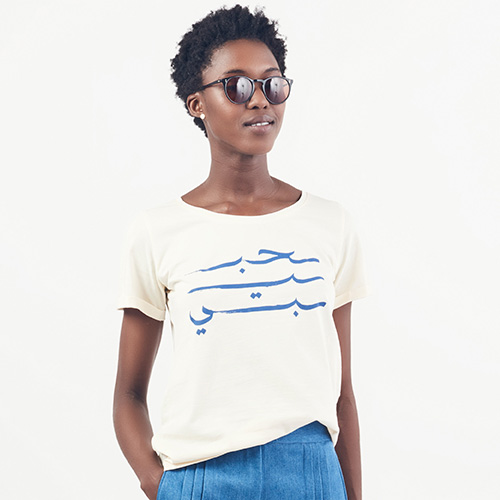 LYOUM means “today” in Tunisian Arabic, a name that pays tribute to the country’s post-revolution cultural moment. Sofiane and Claire Ben Chaabane created the prêt-à-porter clothing line in 2012 to celebrate Tunisia’s Mediterranean heart and offer an alternative to European imports. Today, LYOUM is best known for its locally made tops that honor Tunisian culinary traditions with clever phrases. 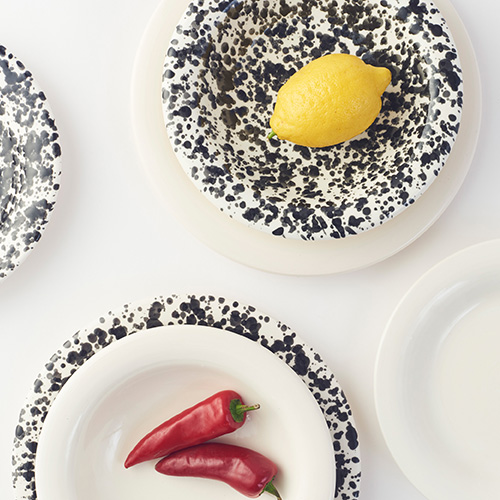 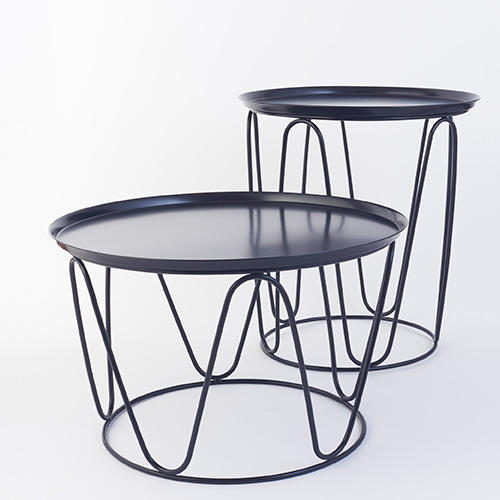 After meeting at a university in Switzerland, Marlo Guerry and Isaure Bouyssonie founded design studio Marlo & Isaure in 2013. In 2015, they relocated to Tunisia to work closely with their manufacturers and began collaborating with other favorite international designers to create a brand that feels as fresh as it does functional. Today, Marlo & Isaure produces furniture and home decor objects that add style to any abode and are intended for daily use. 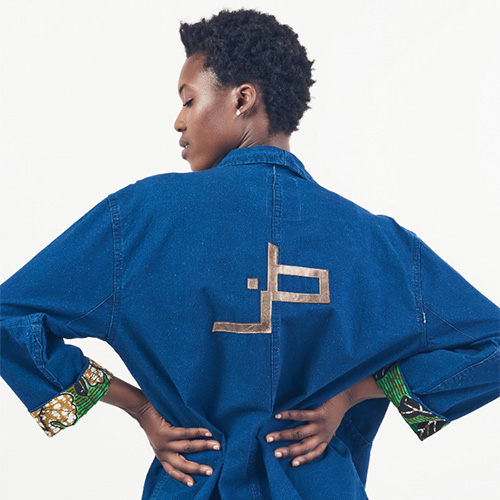 With a background in interior design, Moka Cioccolatah founder and designer Myriam Fekih-Romdhan focuses on contemporary styles rooted in Tunisian culture and tradition. Inspired by living in Milan, she seeks to create the same passion around products “Made in Italy” for clothing, accessories and housewares designed and crafted in Tunisia. 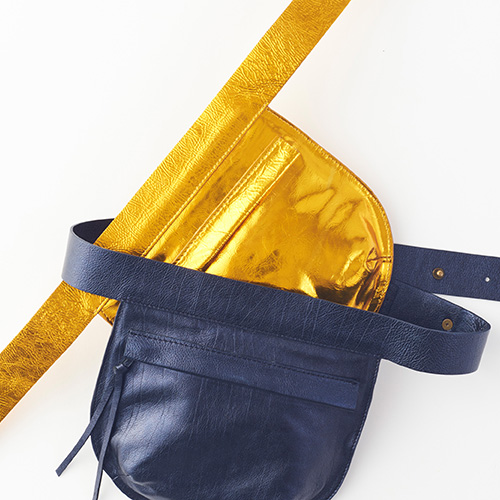 NINA.L. leather goods is the creation of Myriam Naili, a French-Tunisian designer whose career has spanned both countries. After studying interior design in Paris, Naili returned to Tunisia to launch her career. In 2014, she debuted NINA.L., a line of hand-crafted leather bags 100% made in Tunisia. Named for her childhood nickname, the brand is dedicated to wearable luxury, beautiful leatherwork and functional design that demands to be worn—and noticed. 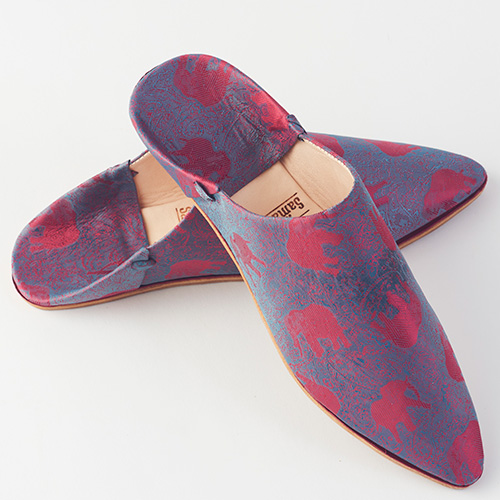 Named for an Uzbek city at cultural cross roads on the historic Silk Road, Samarkand is the work of Tunisian designer Thouraya Ouhada. Ouhada founded the brand in 2016, restoring furniture and accessories before expanding into the traditional slipper of Tunisia, the babouche. Today, Samarkand works with expert craftsman to make leather-soled babouches in contemporary silk and cotton prints that support animal rights by donating a portion of every sale to veterinary care for sick and abandoned creatures. 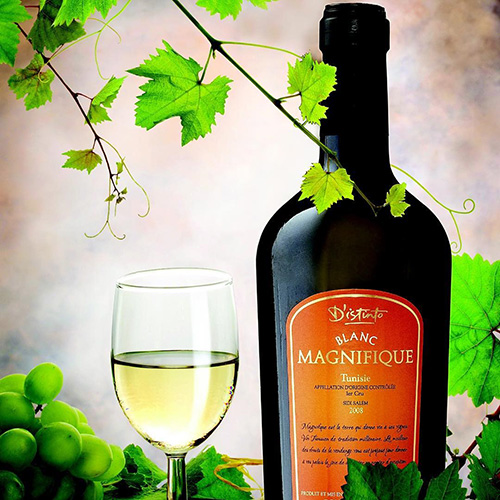 Exclusive wines from award-winning Tunisian vineyards Domaine Neferis and Cave Ceptunes are now available in US for the first-time ever through Travis Wine Imports. Taste the wines during the cocktail reception on Friday, and place orders during the souk.