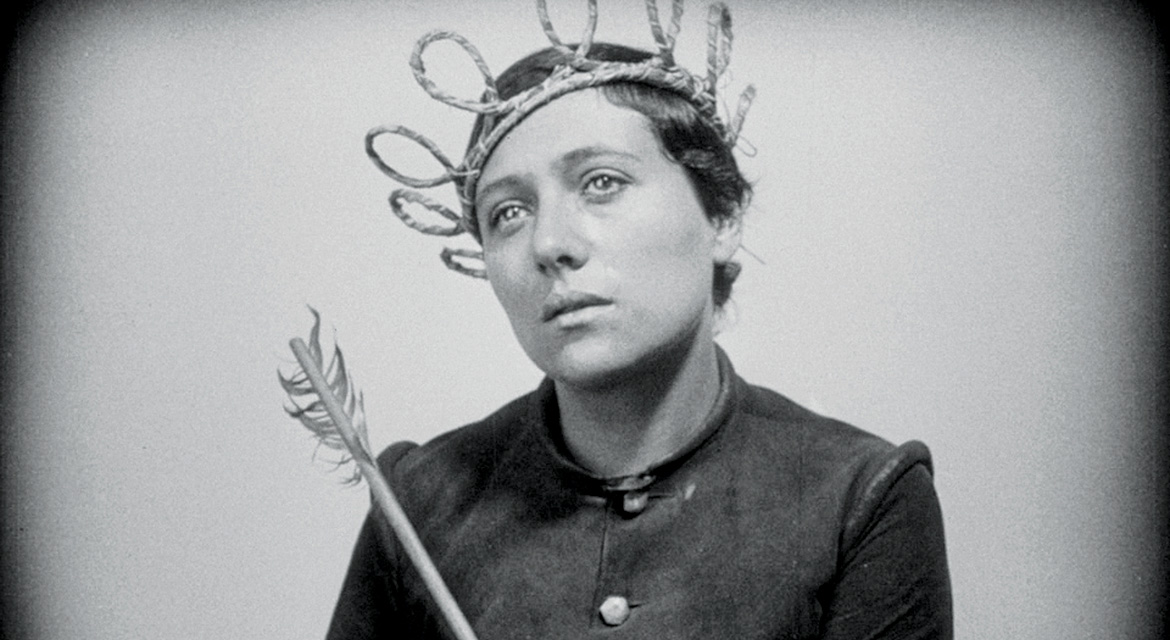 Danish filmmaker Carl Dreyer’s Joan of Arc, drawn from his extensive research into the trial transcripts, is one of the towering achievements of silent cinema, a masterpiece consistently listed as one of the best films of all time since its release in 1928.

The secret to its enduring place in film culture may be the trance-like performance by Maria Falconetti as Joan. In some of the most glorious close-ups in cinema, Falconetti expresses all the pain, strength, and inextinguishable faith of a woman hounded by a society of men. As such, her performance continues to speak to our time.

“Dreyer’s most universally acclaimed masterpiece remains one of the most staggeringly intense films ever made.” — Time Out