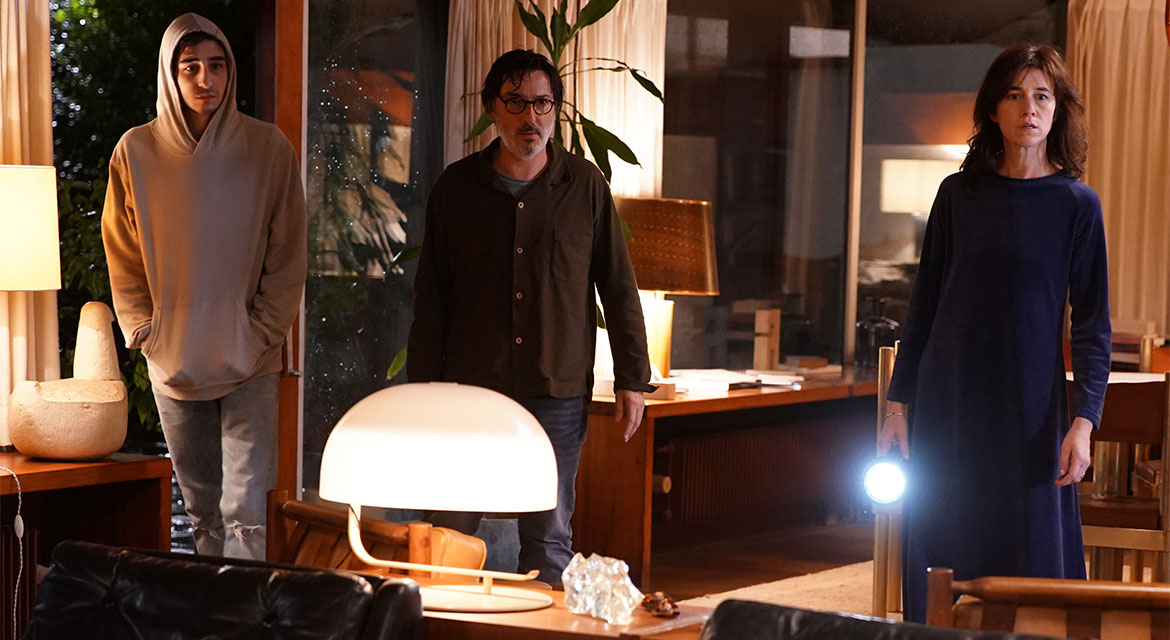 Back by popular demand! Join us for an encore screening of My Dog Stupid, followed by a Q&A with Charlotte Gainsbourg and Yvan Attal.

Based on a novel by the American writer John Fante, My Dog Stupid introduces us to Henri Mohen (Yvan Attal), a bitter has-been novelist who blames all his problems on his wife Cécile (Charlotte Gainsbourg) and their four live-in children. When an enormous dog with a tendency for inappropriate pawing takes up residence in the family home, tensions rise to the surface and Henri is forced to reckon with his failings.

Gainsbourg lets her comedic instincts shine in this riotous comedy of family life, her latest film with her real-life partner, actor-director Attal.