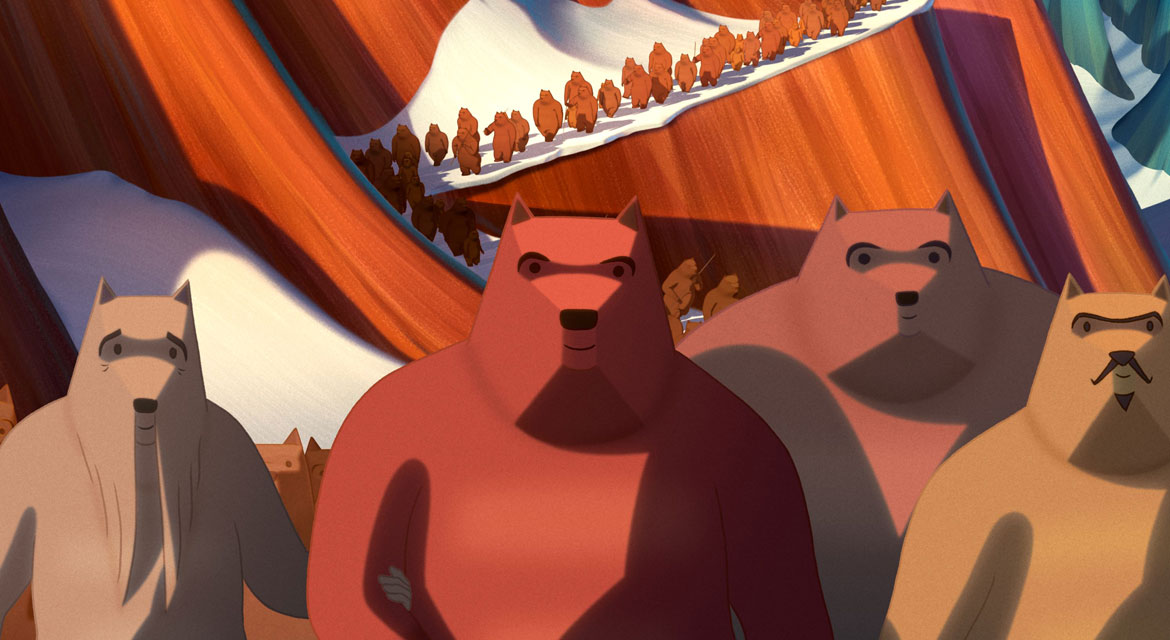 When Tonio, a bear prince, is kidnapped by hunters in the mountains of Sicily, his father—the king—sends his subjects down to the plain, inhabited by men, to search for his son as well as food for the winter. Faced with the bears’ invasion, the men fight back but are unable to overcome their tenacity, helped by a little bit of magic. Tonio is found, but decides to stay in the land of men where bears have to learn to coexist with human mores.

Produced by the team behind The Red Turtle, adapted by award-winning screenwriter Thomas Bidegain (A Prophet), and voiced by such luminaries as Jean-Claude Carrière and Leïla Bekhti, The Bears’ Famous Invasion of Sicily “is classic animation at its best, clear and pleasing, calculated to charm children and adults alike,” says Variety.

Made in Paris and Angoulême.
Presented in partnership with the Italian Cultural Institute.