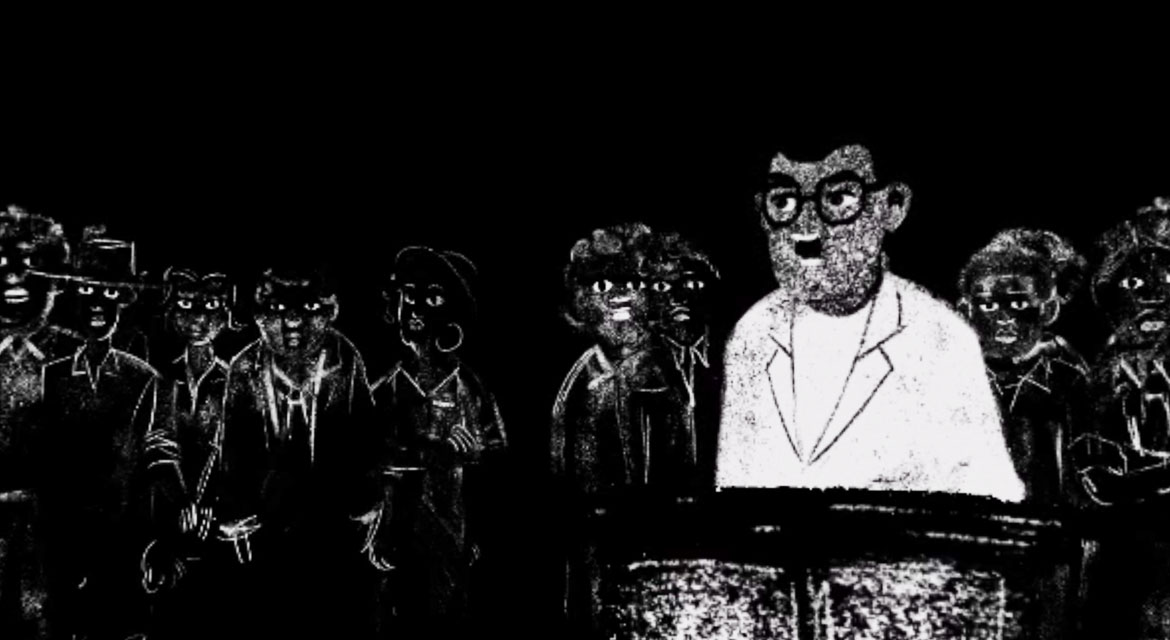 Throughout the festival, the FIAF Gallery will be open for free to the general public to experience virtual reality films and video games from French studios like Atlas V and Cinétivé, as well as distributors such as the Franco-German channel Arte.

Among the offerings are the 14-minute virtual reality documentary, Accused #2 Walter Sisulu from Nicolas Champeaux and Gilles Porte. Using restored audio files from the trial of anti-apartheid activist and Nelson Mandela confidant Walter Sisulu, this film transports viewers into the nightmare of 1960s South Africa and introduces them to one of its most inspiring figures.

Experience the grandeur of Notre-Dame de Paris in virtual reality, and visit the renowned monument while it is under reconstruction.

The virtual reality puzzle, A Fisherman’s Tale from Alexis Moroz, weaves together a surrealistic adventure story filled with talking mollusks, uncanny sidekicks, and an oncoming storm.