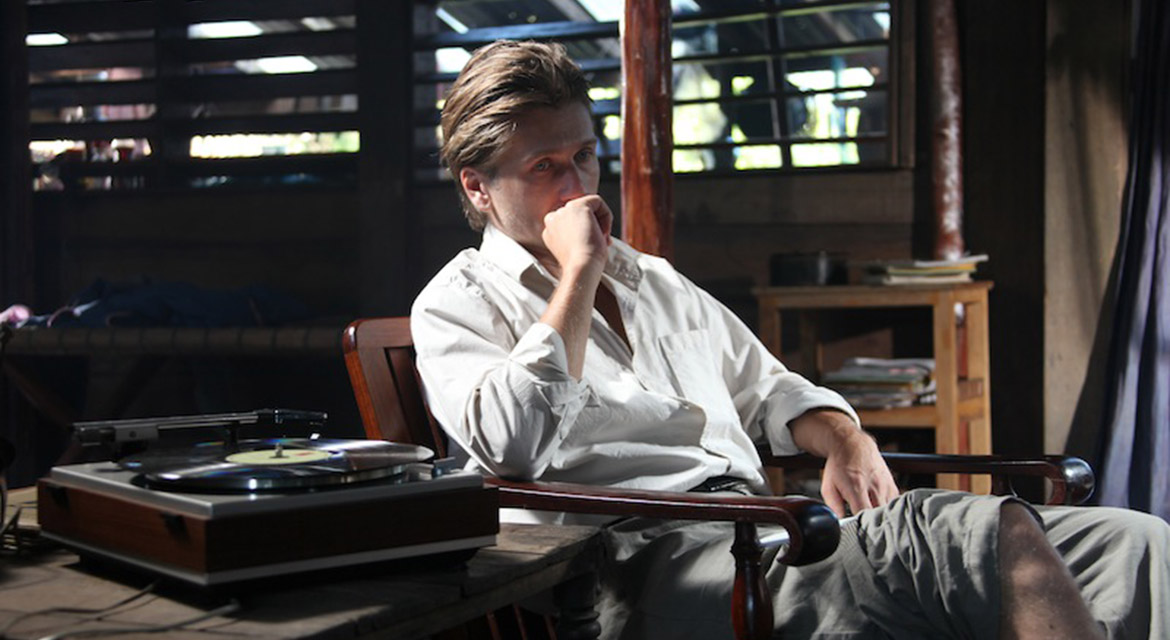 Based on Joseph Conrad’s first novel, Akerman updates the story of a Dutch trader living in Malaysia from the 1890s to the 1950s, giving new relevance to this tale of cultural conflict, desire, and despair.

Having married the adopted Malay daughter of the wealthy Captain Lingard in order to obtain an inheritance that has failed to materialize, Almayer has become isolated and bitter, trapped in his remote trading post, and investing all his emotional energy in his own beloved daughter, Nina. But, haunted by feelings of racial and cultural alienation and harboring hatred towards her father, Nina has no intention of providing him with comfort or companionship.