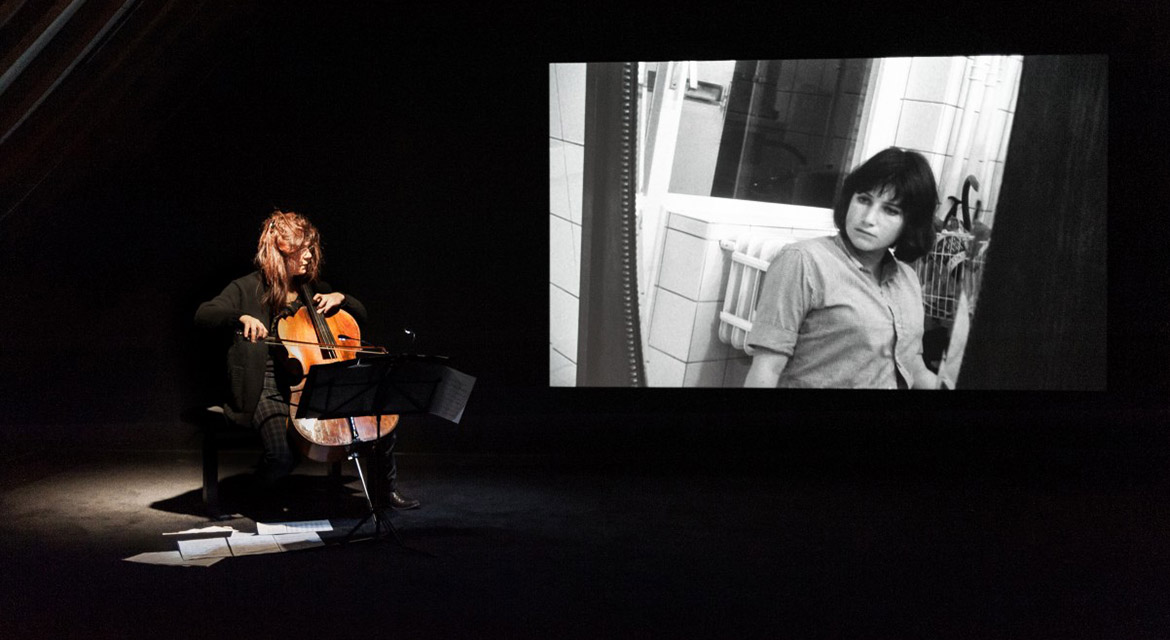 “I wanted to play along with her, her every move, her silences, her dancing at once burlesque and deadly serious, her anxiety as she is humming little tunes,” explains Wieder-Atherton.

Setting musical works by Bartók, Janáček, Prokofiev, and Wieder-Atherton in dialogue with the film and text, the show mingles the words, images, and notes to create a unique arrangement with each performance.

Presented with the support of Chantal Akerman Foundation.

A Family in Brussels, Chantal Akerman, 1998 Published and represented by l’Arche Publisher