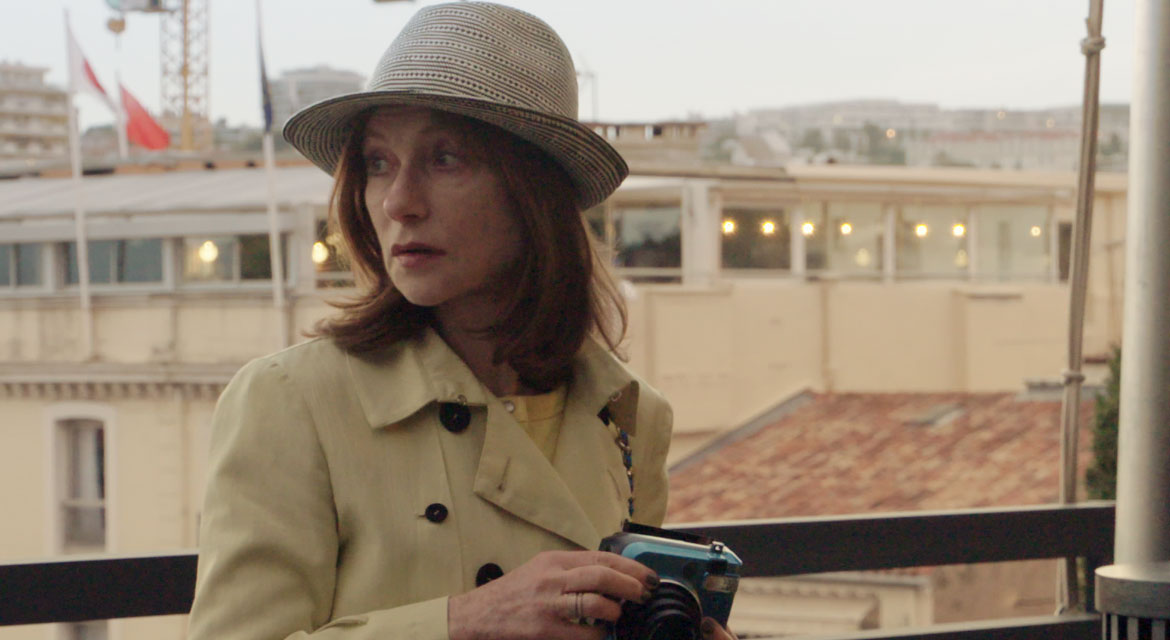 South Korean master Hong Sang-soo exports his distinctive strain of wispy comedy shot through with a vein of existential yearning with this delightful tale about Claire, a zany amateur photographer discovering life at the Cannes Film Festival.

Isabelle Huppert is at her eccentric best in the role of Claire, the candid artist who stumbles onto a festival micro-drama of infidelity and disappointment involving a Korean director, his partner and producer, and a beautiful young sales agent.

Shot in under a week at Cannes in 2016, this bittersweet comedy premiered to rapturous reviews at the festival the following year.


FIAF provides free film screenings for members in Florence Gould Hall by paying for rights and underwriting the costs of our popular CinéSalon offerings. However, we do not have control over the cost of streaming films online and are therefore unable to provide films for free to our members. As a service to its community, while our theater is closed, FIAF will continue to make recommendations for films available online, both for purchase and for free when available.