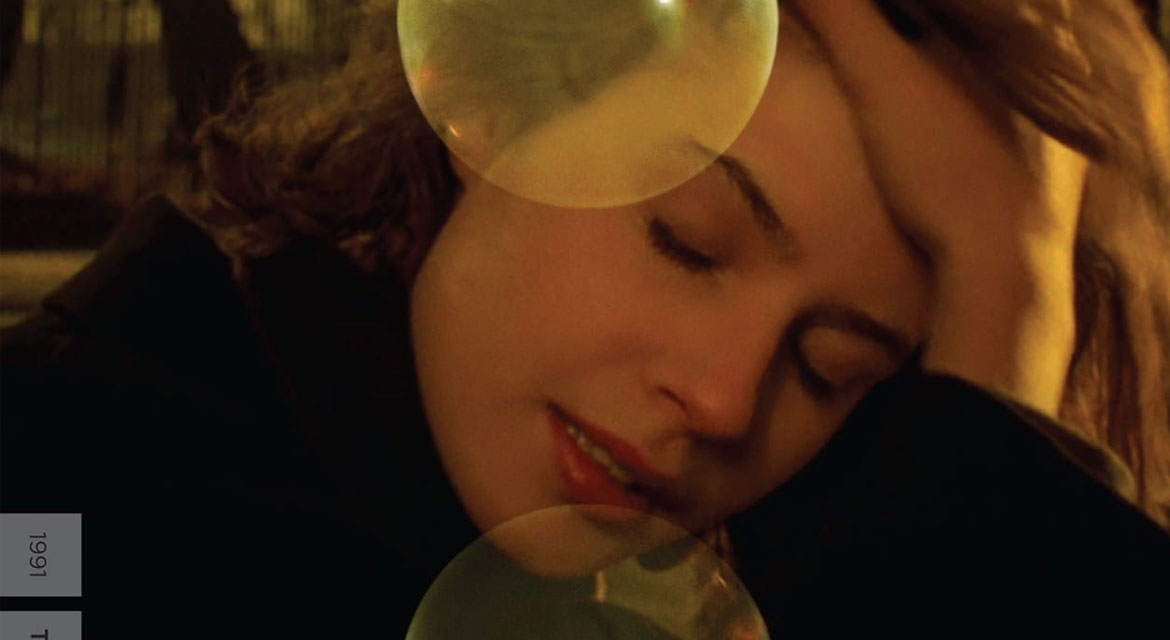 Polish auteur Krzysztof Kieślowski gained international recognition with this mystical tale of the parallel lives of a French music teacher and a Polish singer who never meet but experience a mysterious connection. While it incorporates supernatural elements, Kieślowski’s hypnotic masterpiece is above all grounded in a poetic understanding of human emotions.


FIAF provides free screenings for members in our theater by paying for rights and underwriting the costs of our popular CinéSalon offerings. However, we do not have control over the cost of streaming films online and are therefore unable to provide films for free to our members. As a service to its community, while our theater is closed, FIAF will continue to make recommendations for films available online, both for purchase and for free when available.