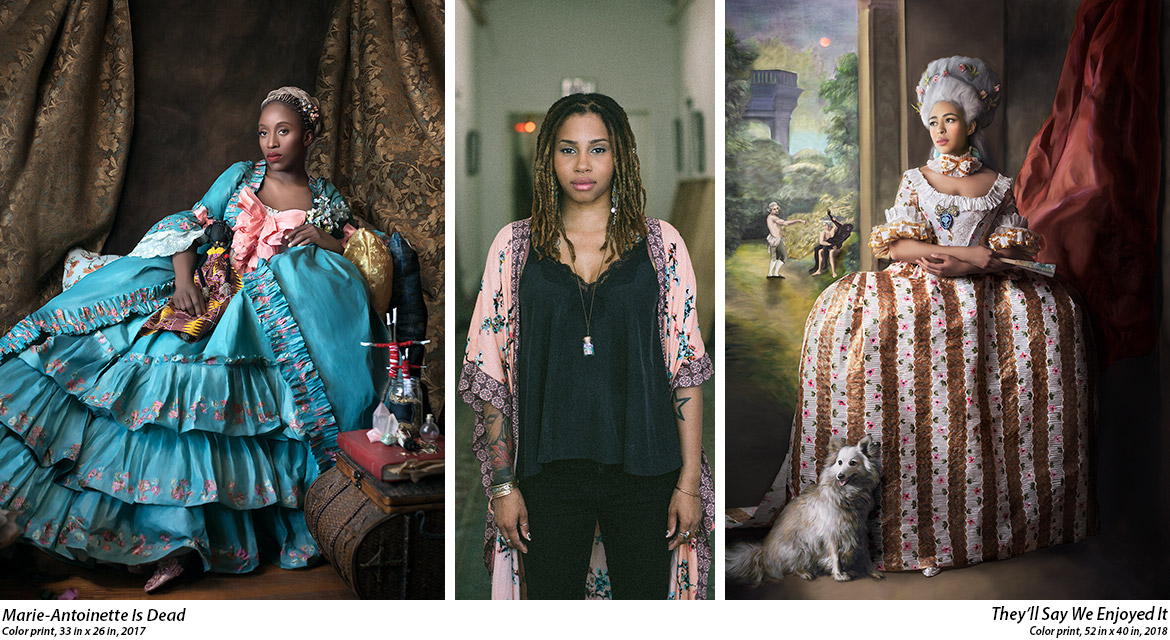 Paris Photo, the acclaimed international art fair for photography, is making its New York debut this spring. As an extension of this inaugural edition, FIAF is proud to present Rewriting History in its gallery.

Showcasing the beguiling vision of Haitian artist Fabiola Jean-Louis, the exhibition features works that recast narratives of key historical moments, with black women as their protagonists.

Drawing inspiration from Vermeer, Fragonard, Gainsborough, and Boucher, Jean-Louis’s work is striking and surreal as it captures a woman’s powerful gaze. Using multiple mediums ranging from photography to paper sculpture, Rewriting History looks at the underbelly of our racially tinged past and shines a light on the artist’s vision of resilience and justice for the future.