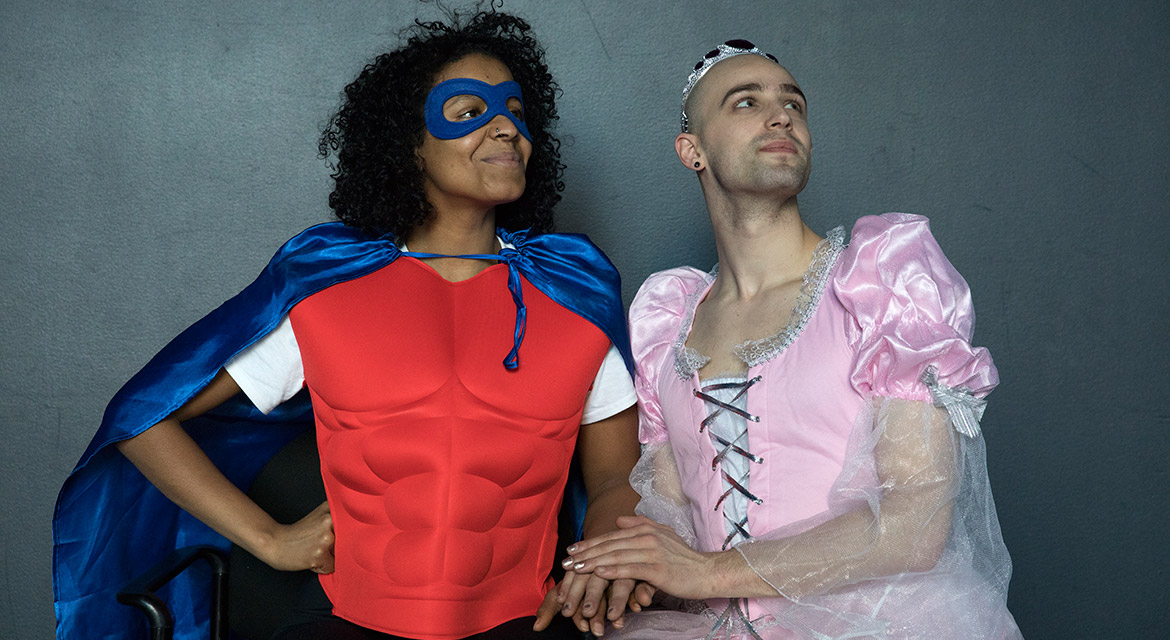 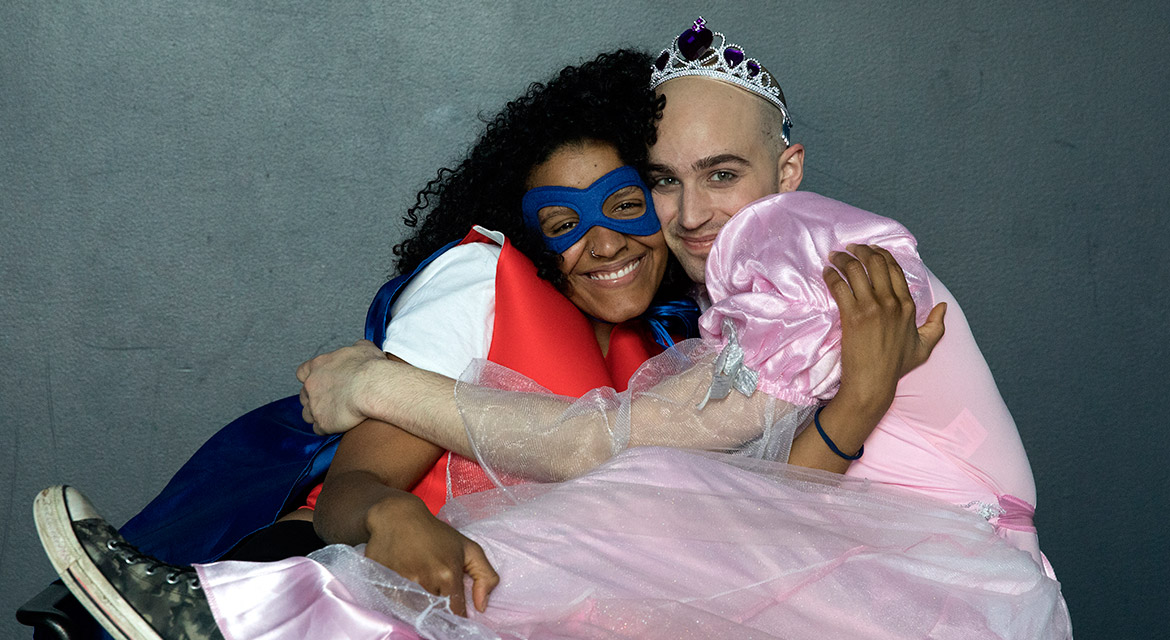 Join us for the newly revised online version of FIAF’s beloved play She No Princess, He No Hero!

This engaging virtual performance for families will be broadcast LIVE on Zoom and Facebook with kids able to interact with the actors during the performance and post-show Q&A.

Leïli (Marleny Heredia) and Nils (Zan VaiLento) are in the same class. Leïli likes to hunt, dress like boys, and gel her short hair. Nils likes to wear his hair long, shows his emotions, and is not physically strong. Neither conforms to gendered roles that society dictates. Told through the voices of Leïli and Nils, this intimate and poignant theater piece transports the audience into the mind of young boys and girls confronting the cultural stereotypes imposed on them as they come of age.

Conceived by celebrated French director Johanny Bert and based on a text by acclaimed French playwright Magali Mougel, the performance unfolds in two parts, one side narrated by Leïli, the other by Nils. Like a puzzle, the pieces come together allowing the audience to deconstruct clichés about identity.

Following its world premiere at FIAF during the 2019 TILT Kids Festival, She No Princess, He No Hero toured in New York City’s public schools for more than a year, receiving fantastic feedback from students and teachers alike. 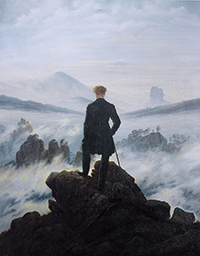 Photo Challenge: Wanderer Above The Sea Of Fog

Entries must be submitted by June 25.

During the play, we learn how artist Caspar David Friedrich’s work Wanderer Above The Sea Of Fog inspired Nils and Leïli. Now it’s your turn to be inspired!

Recreate the painting, bringing it to life with items from your home. Take a photograph of your work and share it with us for a chance to win special prizes.

Email your entry to fiafnews@fiaf.org. Please include your name, age, and ‘FIAF Photo Challenge’ in the email’s subject line.

1st Prize
A framed print of your winning picture signed by actors Marleny Heredia and Zan VaiLento; a delicious pack of cookies* from Michel et Augustin (flavor of your choice); a book

Théâtre de Romette is registered with the French Ministry of Culture, the Auvergne-Rhône-Alpes region and the city of Clermont-Ferrand. Johanny Bert is an Associated Artist at the Bateau Feu – Scène Nationale Dunkerque. Support for this play provided by the CONTXTO network