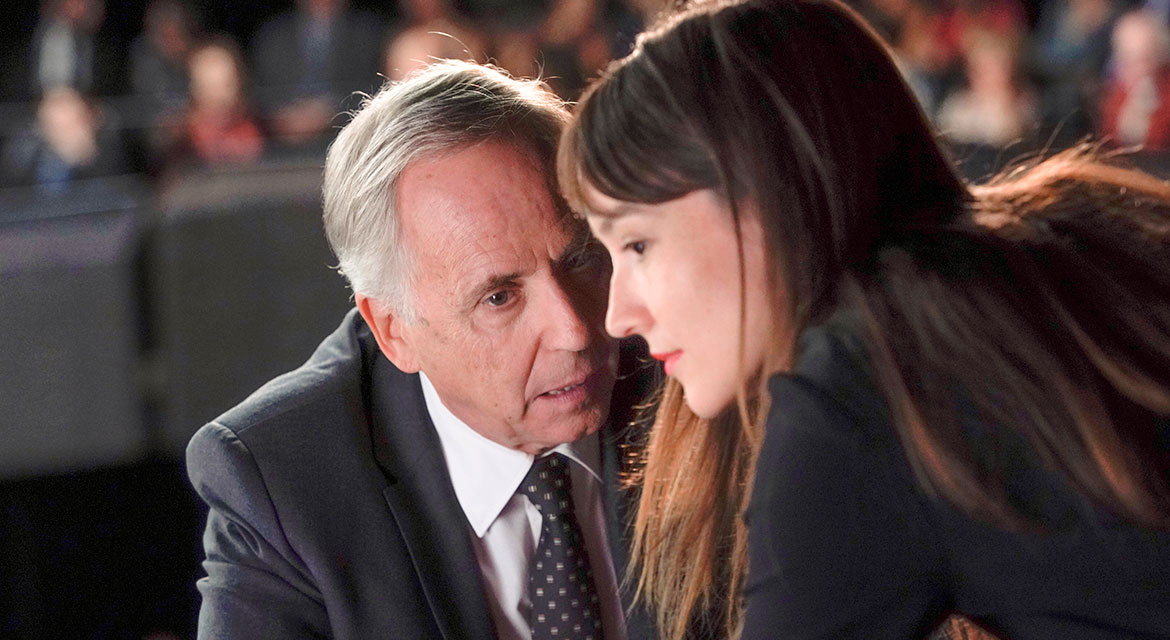 After 30 years in politics, the mayor of Lyon, Paul Théraneau (Fabrice Luchini), finds himself in the middle of an existential crisis. He feels empty and devoid of ideas. As his aides scramble to solve this problem, they hire Alice Heimann (Anaïs Demoustier), a brilliant young philosopher from Oxford, to a communications post. She becomes an intellectual sparring partner for Théraneau, helping him tap into his former progressive ideas, as well as question the roots of the power and the political system.

A selection of the 2019 Cannes Film Festival Directors’ Fortnight, Demoustier won the César for Best Actress for her thought-provoking performance.

“Of all the French actors, Fabrice Luchini is arguably the best at portraying men whose intelligence is an innate part of who they are.“ — The Hollywood Reporter