All three editions of FIAF’s Animation First Festival have celebrated women in the industry, from Zabou Breitman’s heart-breakingly beautiful The Swallows of Kabul to Phuong Mai Nguyen and Charlotte Cambon de Lavalette’s acclaimed adaption of Brazen. Brilliant female filmmakers have been showcased in multiple shorts programs each year, including Claire Parker, who helped create the pinscreen technique in 1933. The festival has been an extraordinary showcase of the immense talent and diverse works of animation’s female pioneers. 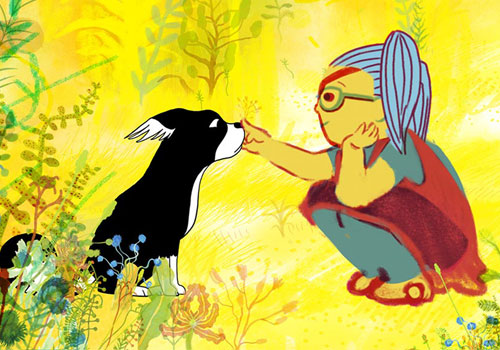 New York Times Critic’s Pick: “The director Anca Damian has a playful drawing style, and her kinetic frames are always creating something new for the audience to enjoy.”

After an accident, Marona, a small Labrador mix with a big heart, reflects on all the homes and humans that have welcomed her throughout her life. Brilliantly told through vibrant colors and dazzling animation, this charming tale follows Marona’s adventures as she meets and is adopted by fascinating characters, including a circus acrobat and a sweet young girl with an eye patch.

Director Anca Damian breathes Marona’s world into being, using an inventive mix of cut outs, 2D, and 3D animation techniques to impart the wisdom of an average dog with an extraordinary life.

FIAF Members can watch the film for $6 (regular price is $10). Please email membership@fiaf.org for the discount code.

A portion of the proceeds go to support FIAF. 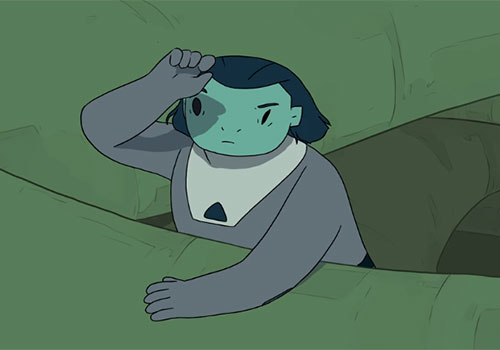 Experience Pinscreen Magic and plenty of award-winning shorts by some of the most exciting female animators working today.

Panel: The Legacy of Pinscreen

An in-depth conversation on the pinscreen instrument with Canadian filmmaker Michèle Lemieux and representatives of France’s national agency for cinema (CNC). The panel discussion was presented as part of Animation First 2019.