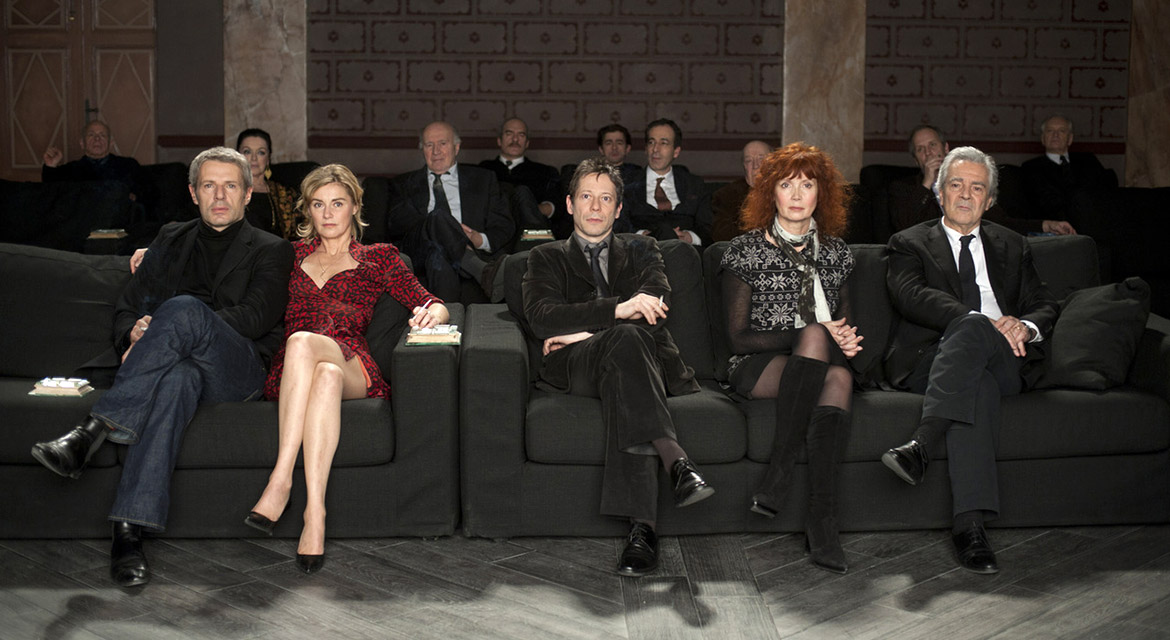 Featuring a who’s-who of French acting royalty—Mathieu Amalric, Michel Piccoli, Lambert Wilson, and Resnais’s frequent muse Sabine Azéma—this film brings together a group of performers who worked together on the stage to hear the reading of the last will and testament of their former colleague. While delivering his message from beyond the grave, the playwright (Denis Podalydès) asks the group to evaluate a recording of his Eurydice—a play they had all performed over the years. But as the video unspools, the seasoned thespians begin acting out the text alongside their youthful avatars.

Gorgeously shot by cinematographer Eric Gautier evoking the French poetic realism of the 1930s, You Ain’t Seen Nothin’ Yet is an alternately wry and wistful valentine to actors and the art of performance from a director long fascinated by the intersection of life, theater, and cinema.

“An elegant, moving and mischievous meditation on the passage of time and the tenacity of art.” — The New York Times

“A film of bristling intelligence that will delight lovers of cerebral upmarket cinema.” — Screen International

FIAF Members will receive an email on Tuesday, September 15 with the access code required to watch the film for free.