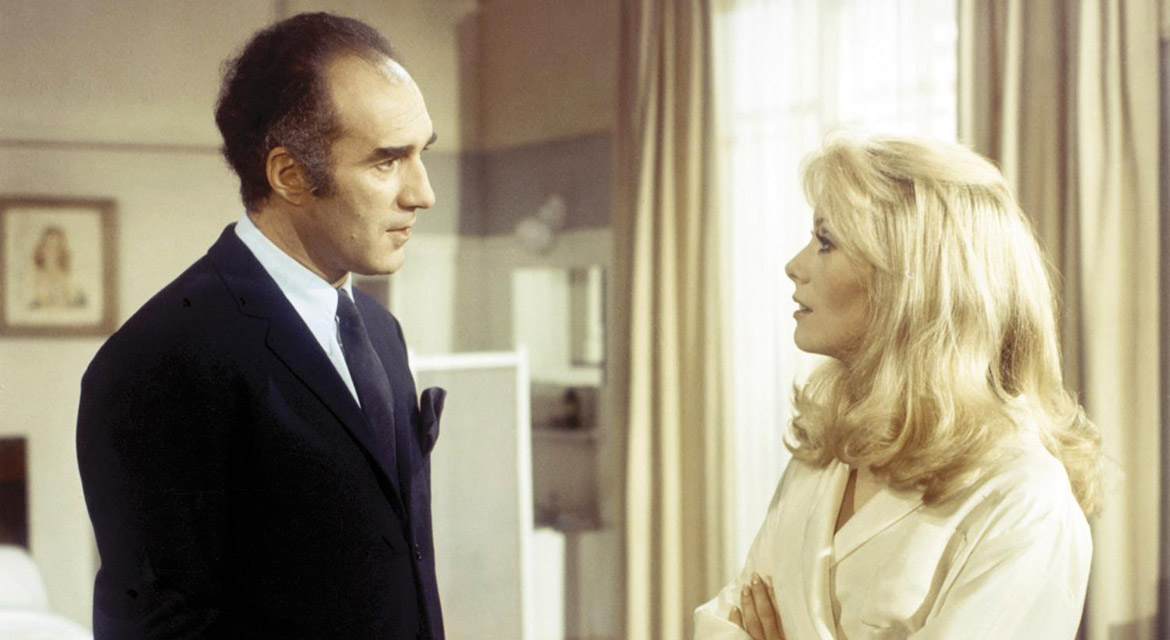 Behind Catherine Deneuve’s porcelain perfection hides a cracked interior in one of the actress’s most iconic roles: Séverine, a Paris housewife who secretly begins spending her after­noons working in a bordello.

“Buñuel’s handling of color is gorgeous. And the acting is impeccable. Miss Deneuve has a rare, cool elegance which suggests far more fire than it reveals.” – The Los Angeles Times

“A strange, and captivating film.” – The Guardian