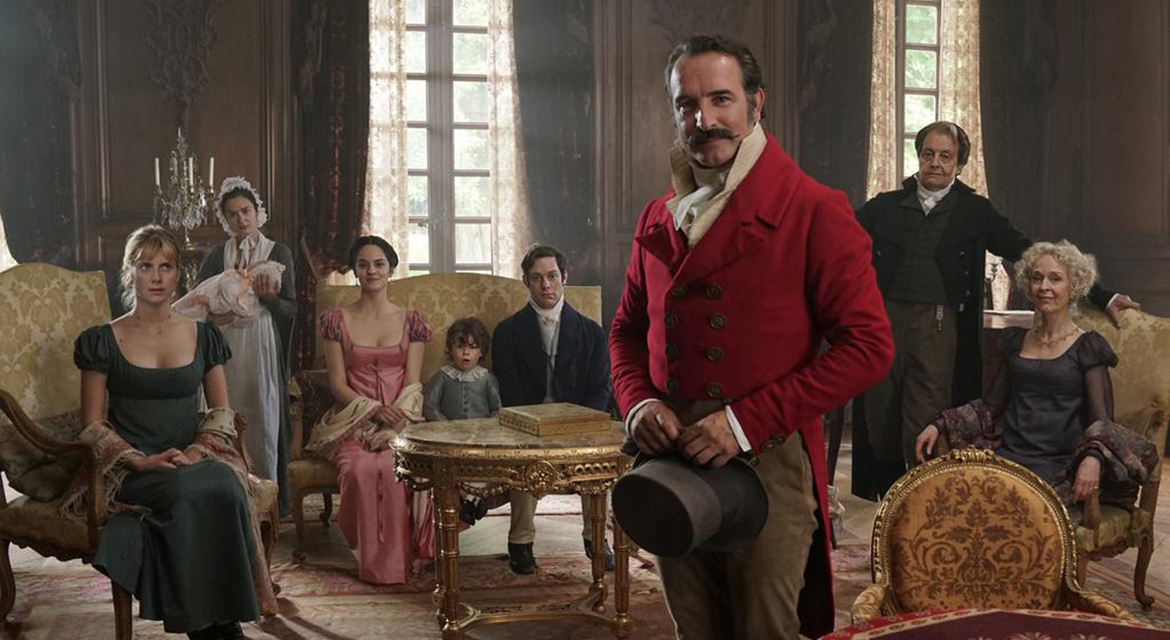 Set in France in 1809, the charming Captain Neuville (Jean Dujardin) prepares to marry naïve Pauline when war breaks out, forcing Neuville to join Napoleon on the battlefield. As months pass with nary a word from the captain, Pauline falls ill with worry, pushing her older sister Elizabeth (Mélanie Laurent) to assuage her woe with forged letters purportedly written by Neuville himself. Elizabeth assumed he wouldn’t come back, but three years later Neuville does return—a drunk, war deserter, and an opportunistic coward. Determined to expose the real Neuville while covering up her own deceit, Elizabeth wages a cat-and-mouse game that sparks more than just contempt.