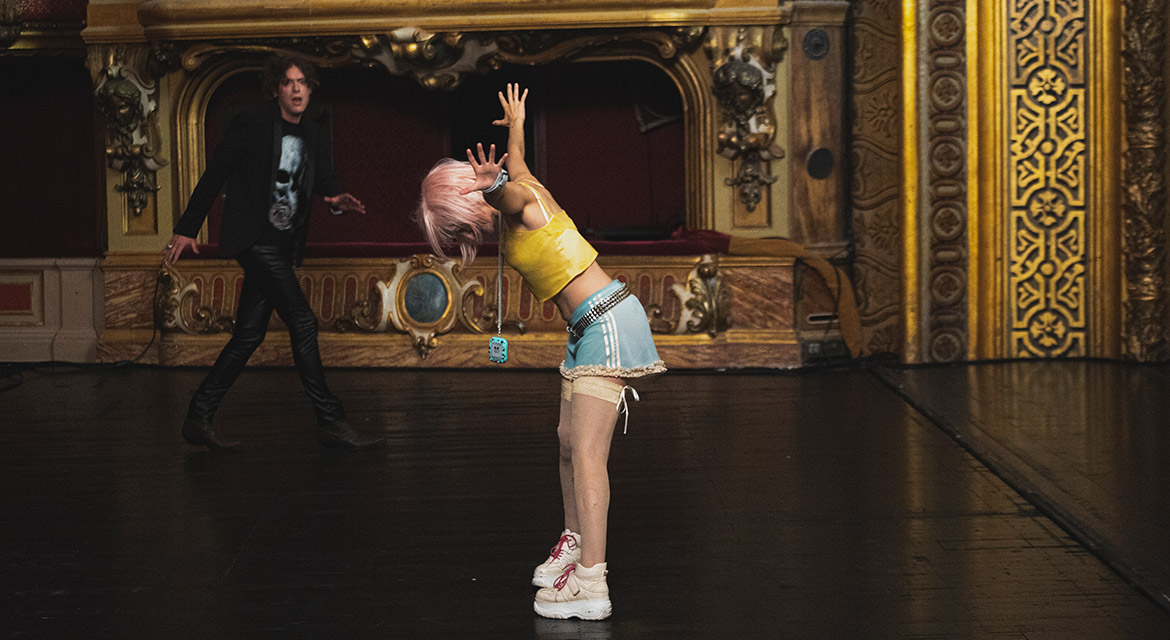 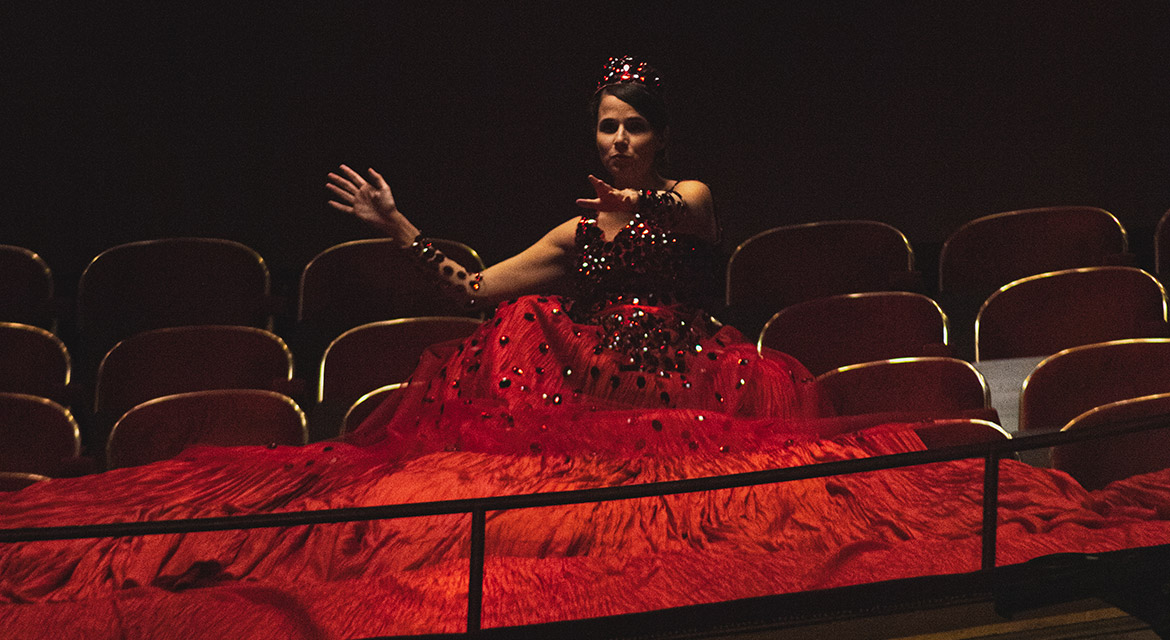 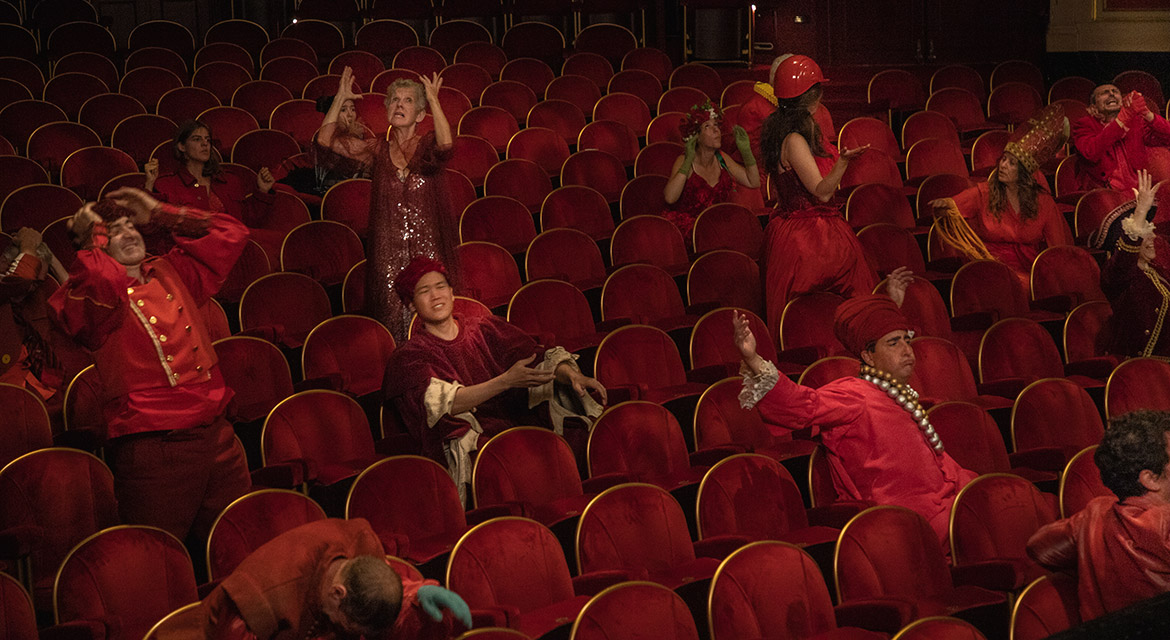 Hovering between life and death, a teenage girl wanders through a labyrinthine netherworld. Is this the end? Jean-Luc Fafchamps’s haunting newly-composed pop requiem opened the season at La Monnaie, the Belgian opera house in Brussels, in September, with this provocative question.

Presented in a theater without an audience, as masked figures wander on and off screen and characters linger in a transitory state of ‘departing consciousness,’ “Dead Little Girl”—the first part of the three-part opera—strikes an eerie yet poignant chord presented amidst a global pandemic.

Ingrid von Wantoch Rekowski directed the live-captured performance using both the ornate public and winding backstage areas of La Monnaie’s buildings in Brussels. As the teen confronts her mortality she encounters references from Greek mythology to American Rock n’ Roll, in a soundscape that owes equally to Mozart and Pink Floyd. Meanwhile Éric Brucher’s libretto fluctuates between Latin liturgy and hyper-energized vernacular of television advertisements in a captivating mix.

Composer Jean-Luc Fafchamps, librettist Eric Brucher, director Ingrid von Wantoch Rekowski, and La Monnaie general and artistic director Peter de Caluwe, in a conversation with journalist Merrin Lazyan, will discuss the process of bringing this new ambitious work to the stage. They will also discuss the mounting challenges and artistic choices they made in light of the global pandemic as they explored new ways to present an opera.

Ticket includes both the live-filmed performance and the talk with the creative team.