Netflix’s breakout hit Emily in Paris has been hotly debated by fans and critics in both the US and France. Having announced its second season, a burning question remains: is learning French critical to enjoy the best of life and culture in Paris?

How long does it take to really know French and go beyond “bonjour”? To order a baguette? Speak up at a meeting? Hold your own at a chic party? Flirt with flair? 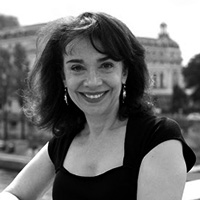 Elaine Sciolino is a writer for The New York Times and a former Paris bureau chief, based in France since 2002.

**Members of Alliance Française chapters around the U.S. should visit www.afusa.org to retrieve the $5 discount code.