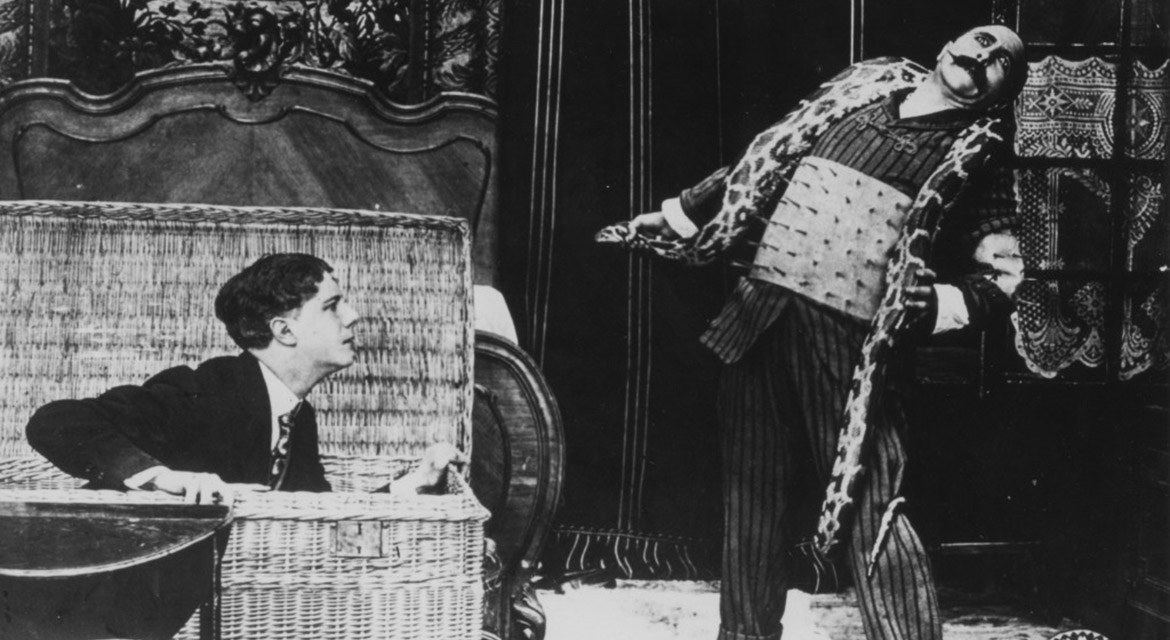 Based on the phenomenally popular French pulp novellas, Louis Feuillade’s outrageous, ambitious Fantômas series became the gold standard of espionage serials in pre–World War I Europe, and laid the foundation for such immortal works as Feuillade’s own Les Vampires and Fritz Lang’s Dr. Mabuse films.

René Navarre stars as the criminal lord of Paris, the master of disguise, the creeping assassin in black: Fantômas. Over the course of five feature films (which FIAF has divided into two separate screenings presented in two successive weeks), Fantômas, along with his accomplices and mistresses, are pursued by the equally resourceful Inspector Juve (Edmund Bréon) and his friend, journalist Jerôme Fandor (Georges Melchior).

Richard Peña, series curator: “Much beloved by the surrealists, this fascinating serial charts the misadventures of a master criminal Fantômas and the efforts by the Inspector Juve to bring him to justice. Even the most seemingly banal locations are transformed by Louis Feuillade into scenes of crime and intrigue in which hooded assassins are lurking behind every door.”

“What the spectator of 1913 would have experienced as heart-pounding sensation now seems as beautiful and gratuitous as a modern dance or abstract sculpture.” — The New York Times

FIAF Members will receive their free access code via email. Same code is valid for both weeks.