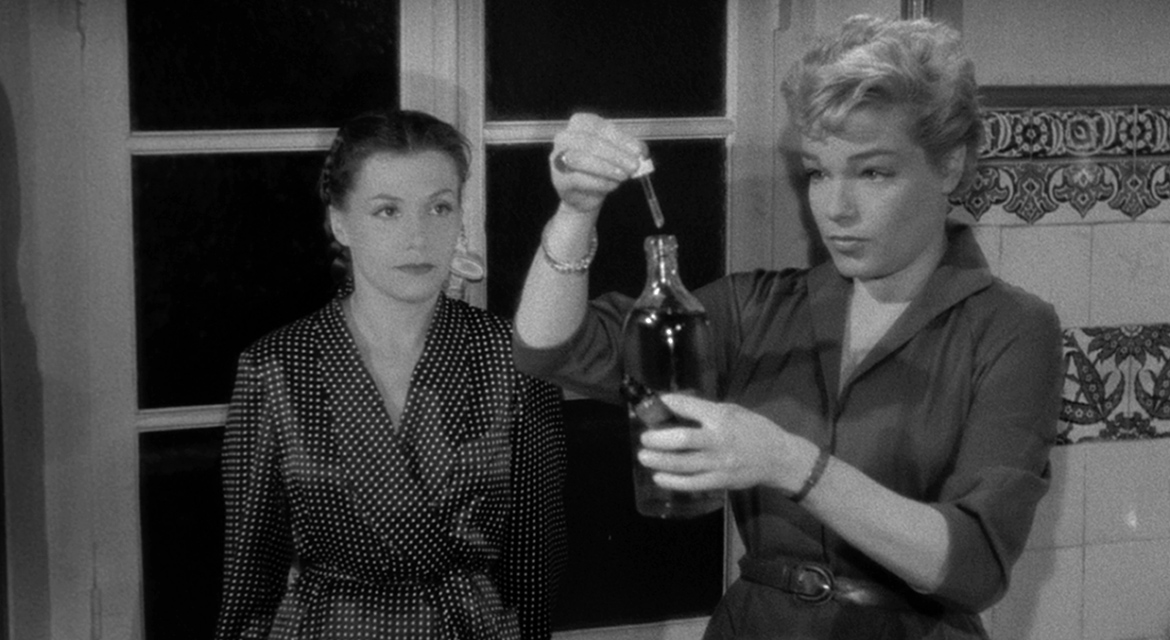 Before Psycho, Peeping Tom, and Repulsion, there was Diabolique. This thriller from Henri-Georges Clouzot, which shocked audiences in Europe and the US, tells the story of two women—the fragile wife and the willful mistress of the sadistic headmaster of a boys’ boarding school—who are plotting revenge.

With its narrative twists and terrifying images, Diabolique is a heart-grabbing benchmark in horror filmmaking, featuring outstanding performances by Simone Signoret, Véra Clouzot, and Paul Meurisse.

“Satisfying, elegant and nasty.” — The Guardian

“This is one of the dandiest mystery dramas that has shown here in goodness knows when.” — The New York Times

Advance reservation recommended. Click on the button above or call 212-355-6160. Box Office opens at 5pm on Tuesdays for walk-up sales.