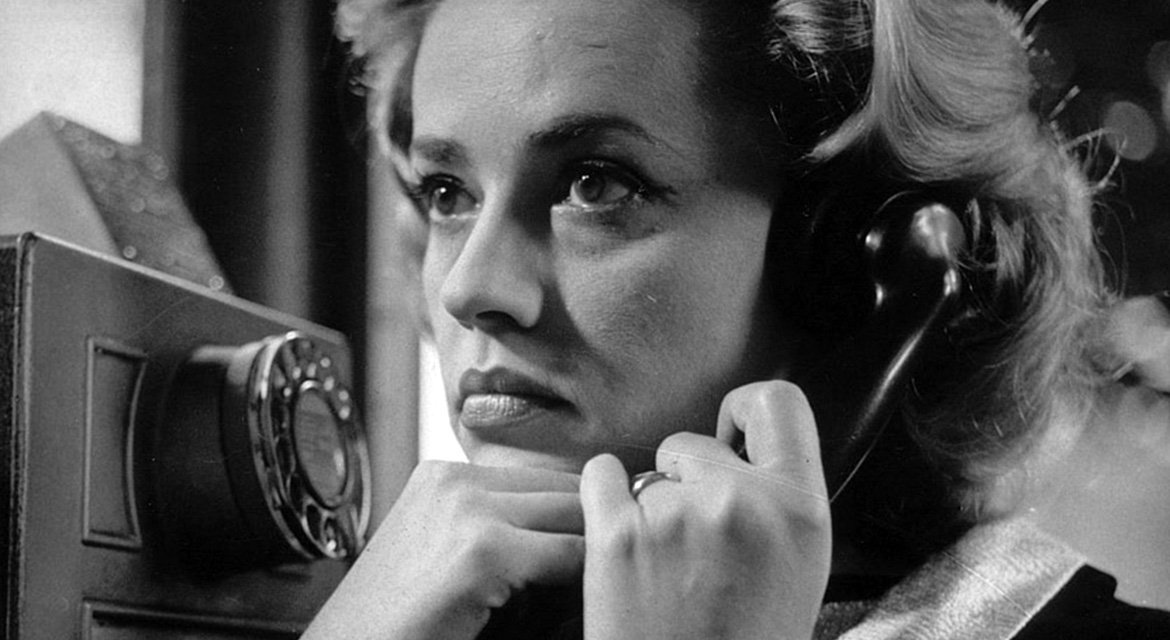 For his feature debut, 24-year-old Louis Malle brought together a mesmerizing performance by Jeanne Moreau, evocative cinematography by Henri Decaë, and a now legendary jazz score by Miles Davis. Taking place over the course of one restless Paris night, Malle’s richly atmospheric crime thriller stars Moreau and Maurice Ronet as lovers whose plan to murder her husband (his boss) goes awry. A career touchstone for its director and female star, Elevator to the Gallows was an auspicious beginning to Malle’s eclectic body of work and established Moreau as one of the most captivating actors ever to grace the screen.

“What a supremely stylish and watchable picture it is.” — The Guardian

“What turns it fabulous, indeed mythical, is the presence of another entity: Paris at night in the ’50s, to the tune of Miles Davis’s score as realized in the dappled hues of Henri Decae’s gorgeous poetic cinematography.” — The Washington Post

“A classic European film noir with an irresistible score by Miles Davis, it builds tension from a series of seemingly minor mistakes that echo the political/military context of the postwar era.” – Seattle Times

“Moreau’s nocturnal wanderings are made unbearably poignant by an exquisite Miles Davis jazz score that became famous in its own right.” — The New Yorker