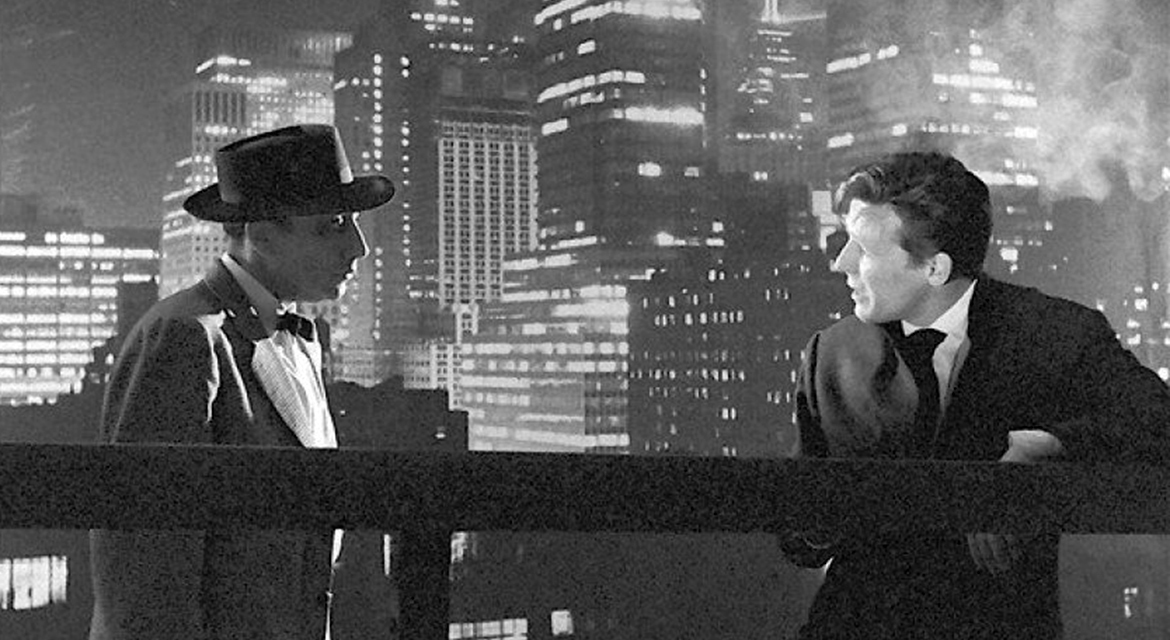 A French UN delegate has disappeared into thin air, sending reporter Moreau (Jean-Pierre Melville) and hard drinking photographer Delmas (Pierre Grasset) on an assignment to find him. Their only lead is a picture of three women.

Set against a smokey jazz score and featuring stunning black and white cinematography that beautifully captures the gritty city streets at night, this is director Melville’s love letter to New York City and homage to the American film noir.

“‘Two Men’ stands out for its focus on journalism as a testing ground for the human soul.” — The Los Angeles Times