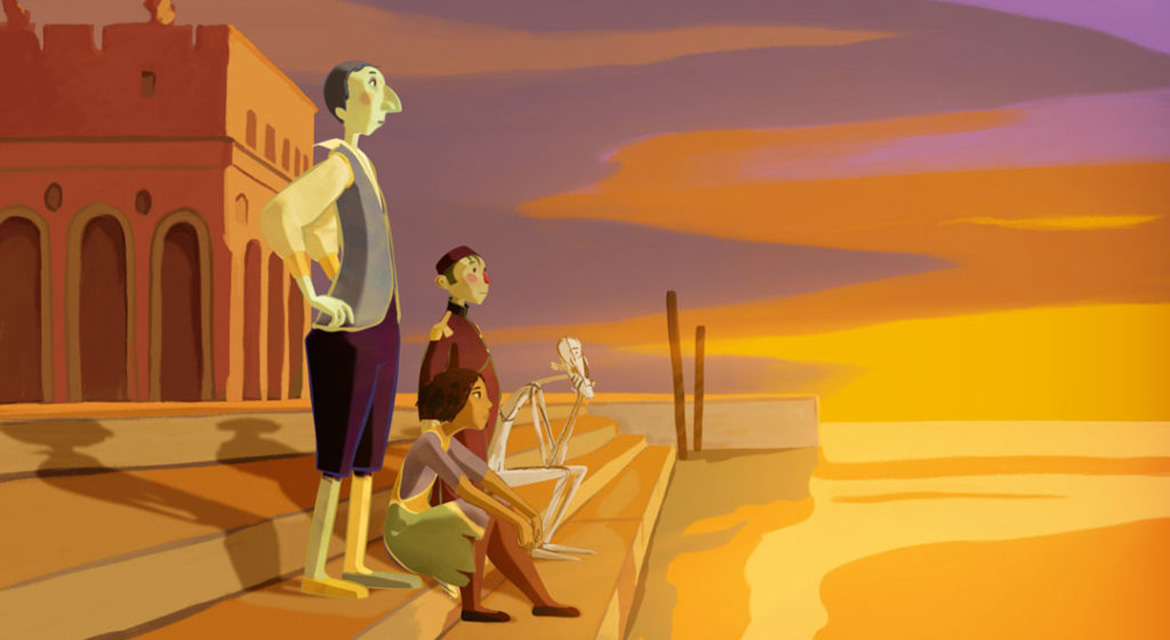 In this charming movie animated in sumptuous style, the world is an unfinished canvas populated by characters who go in search of their creator.

For mysterious reasons, the Painter has left his work incomplete—causing conflict between the Toupins (Allduns), who are entirely painted, the Pafinis (Halfies), who lack a few colors, and the Reufs (Sketchies), who are only sketches. Three friends, one of each class, go on a quest to find the artist so he can finish the piece and hopefully unite the people.

This briskly paced French production directed by Jean-François Laguionie is a feast for both the eyes and the imagination. Dealing with themes of identity and creativity it will entrance younger students and enrapture older viewers with its gorgeous animation and lively action.

Committed to creating memorable experiences for students, FIAF will organize 45-minute interactive workshops on Zoom with fun activities designed to help students delve deeper into the film. Lead by French actor and educator Rémy Souchon, this workshop will give kids the opportunity to learn more about animation and French culture in general through participatory quizzes and a lesson in how to make a voiceover.

Rémy Souchon is an actor and educator from Lyon, France.


Free for all schools

Links and instructions to access both offerings will be sent by email to participating teachers. It is the teachers’ responsibility to share access to the movie and the workshop with their students.