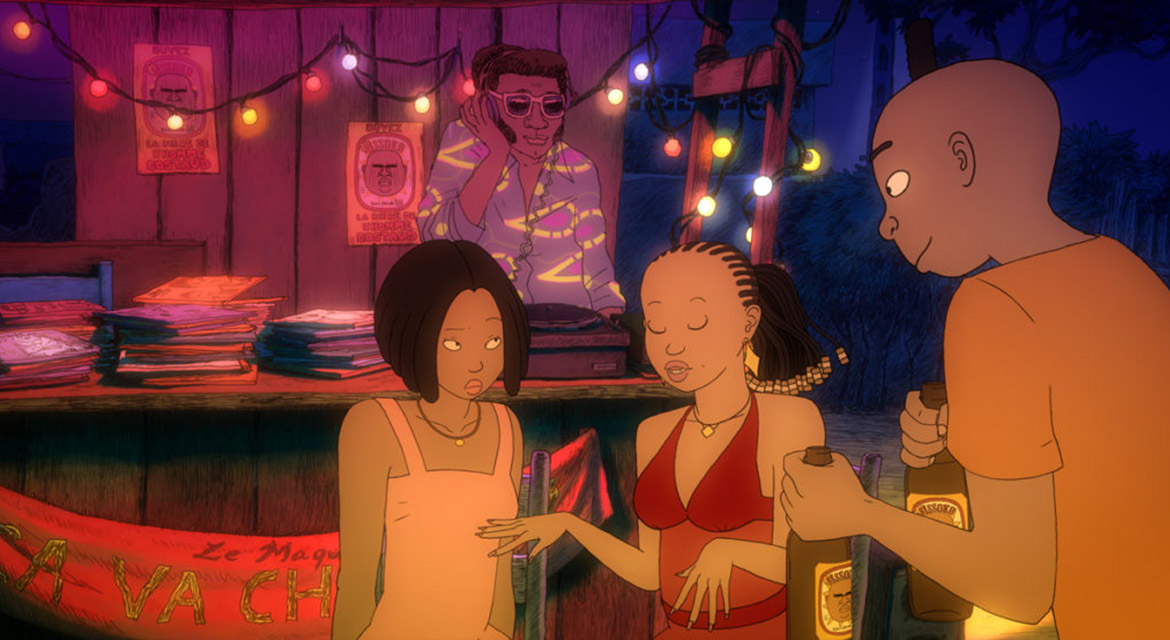 Adapting her best-selling graphic novel series to film, Marguerite Abouet along with co-director Clément Oubrerie have brought to life the colorful scene of 1970s Yop City in Abidjan in the Ivory Coast.

Aya, now 19, grew up in this tight-knit neighborhood and loves its lively open markets, bright fabrics, funky cafés, and omnipresent music. Her mom, Fanta, is the neighborhood’s most trusted healer. Her dad is a sales rep for a brewery, and certainly gets his fill of the product. While Aya dreams of becoming a doctor, her two best friends, Adjoua and Bintou, just like to hang out and spend their evenings dancing, drinking, and flirting with boys. However, their playful existence turns much darker when Adjoua becomes pregnant, and the baby’s father is the spoiled son of one of the richest and most feared men in the country.