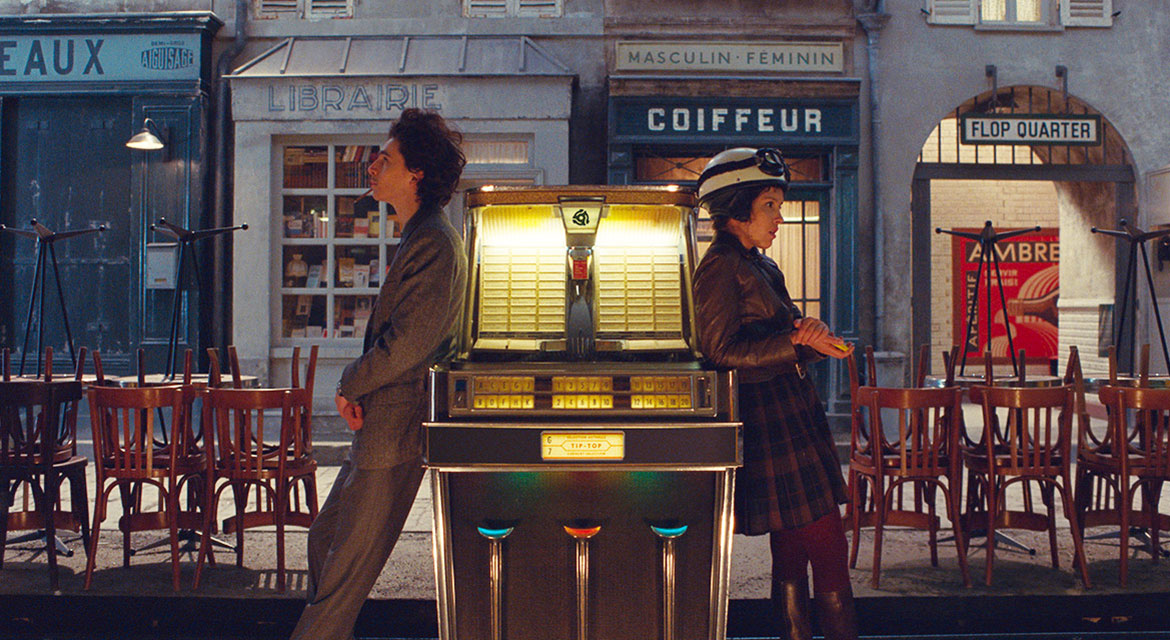 Ahead of its long-awaited US release on October 22, FIAF is presenting a sneak preview of Wes Anderson’s The French Dispatch on Friday, October 15 at 7pm in its Florence Gould Hall.

Featuring an all-star franco-american cast, from Benicio Del Toro, Adrien Brody, and Tilda Swinton to Léa Seydoux, Lyna Khoudri, and Mathieu Amalric, the new film is a love letter to France and journalism.

In the picturesque and fictional French town of Ennui-sur-Blasé, a band of writers, editors, and essayists work for the expatriate journal, The French Dispatch on behalf of the Liberty, Kansas Evening Sun. They report on many misadventures and characters, including a criminal artist and his prison guard muse, student revolutionaries, and a memorable dinner between a police commissioner and his personal chef.

“The French Dispatch is Anderson’s ode to journalism, French cinema and the magic found while winding through the country’s cobblestone streets. It is heavily peppered with distinct, fussed-over design elements that both celebrate and heighten its French aesthetic.” — The New York Times

A writer and producer who works in film, television, theater, and publishing, David Brendel was Literary Consultant on The French Dispatch. He was also the editor of An Editor’s Burial, an anthology of pieces that inspired the film.

Special thanks to Wes Anderson, Guillaume Seeleuthner, and Searchlight Pictures.