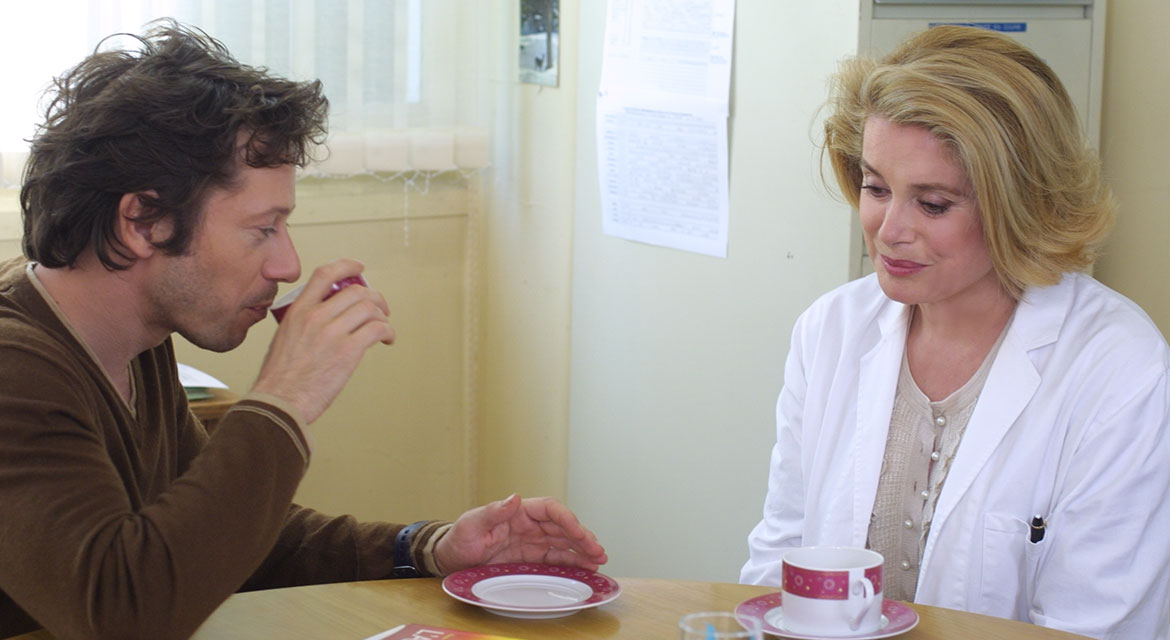 In what is probably her greatest role and undoubtedly one of the high points in recent French cinema, Emmanuelle Devos plays the sublimely complex Nora—doting mother, manipulative partner, scared little girl, and independent woman.

As Nora faces the impending loss of her father and prepares to marry a rich businessman to provide stability for her young son, writer-director Arnaud Desplechin deftly balances psychological drama and comedy to create an unforgettable portrait of a woman and the men in her orbit—notably her ex-boyfriend, the ne’er-do-well violinist Ismael (Mathieu Amalric).

“Late in his new film ‘Kings and Queen,’ the wildly gifted French director Arnaud Desplechin yanks the rug from under his characters and sends both them and us reeling.” — Manohla Dargis, The New York Times

Sam Di Iorio is Associate Professor of French at Hunter College and the CUNY Graduate Center.

Photo: Kings and Queen ©Why Not Productions