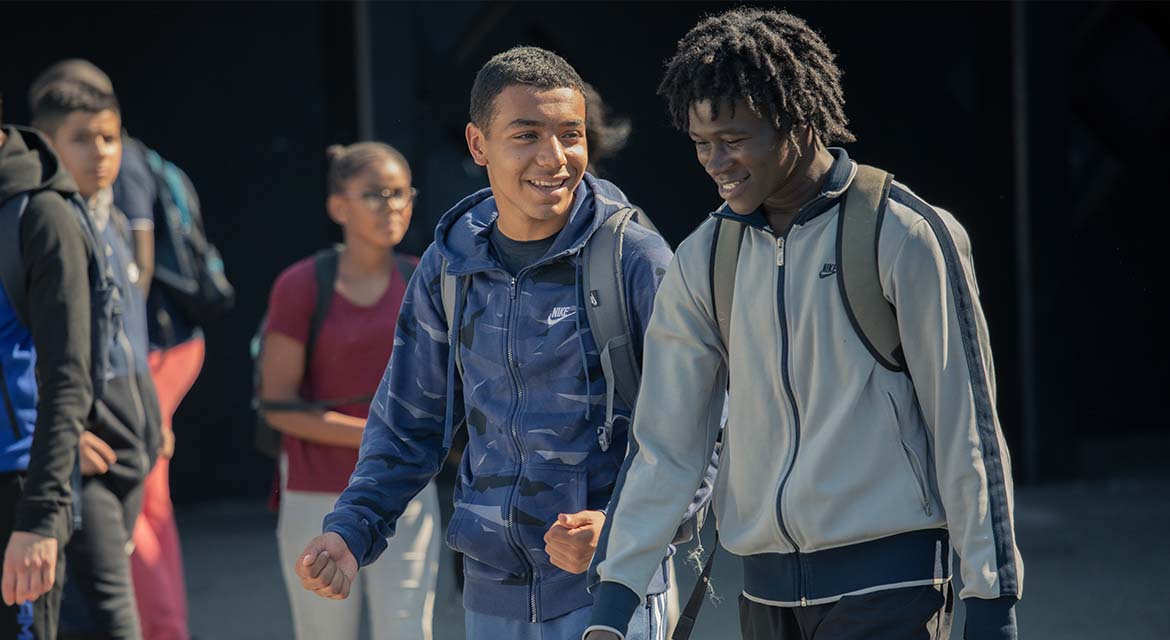 Idealistic young educator Samia has taken a new assignment in a difficult middle school in the Paris suburbs. With her colleagues Moussa and Dylan, she runs the team that supervises students throughout the school year, determined to be a positive influence. In 2017, Idir and Grand Corps Malade together directed Patients, adapted from the latter’s autobiographical book. The movie was a huge success in France and was nominated for several César awards.