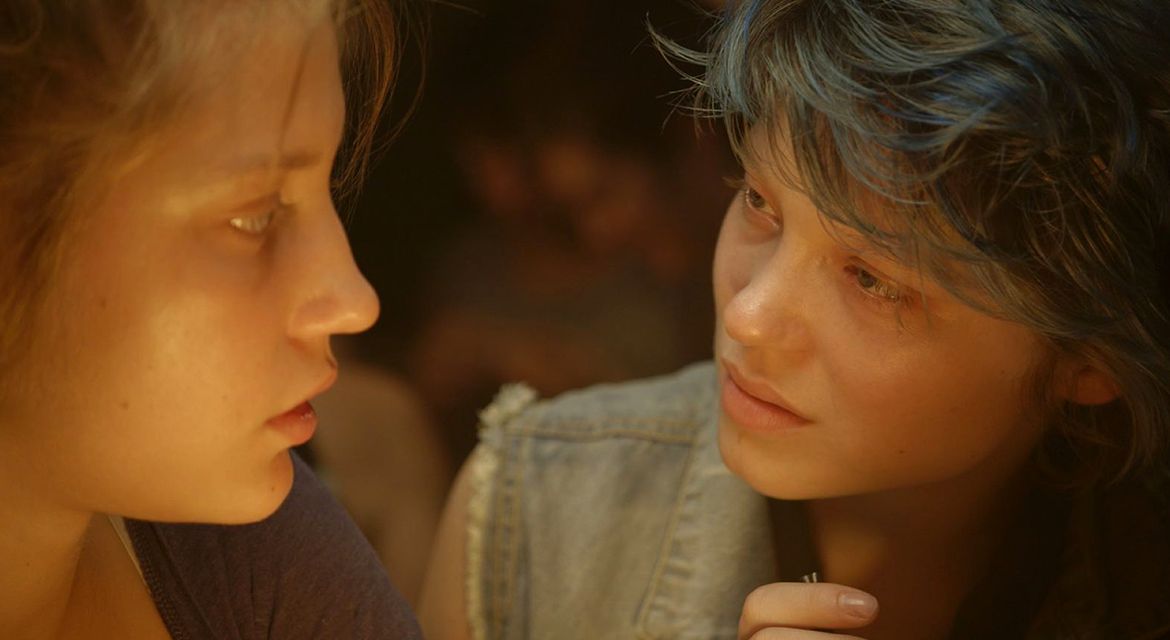 Adèle (Adèle Exarchopoulos), a passionate young woman, has a yearning she doesn’t quite understand until a chance encounter with the blue-haired Emma (Léa Seydoux in a fearless performance) ignites a flame and brings her to life. Abdellatif Kechiche’s intimate epic of tenderness and passion charts their relationship over the course of several years, from the ecstasy of a first kiss to the agony of heartbreak.

Pulsing with gestures, embraces, furtive exchanges, and arias of joy and devastation, Blue is the Warmest Color is a profoundly moving hymn to both love and life.

“NYT Critic’s Pick — ‘Blue Is the Warmest Color’ is a feverish, generous, exhausting love story, the chronicle of a young woman’s passage from curiosity to heartbreak by way of a wrenching and blissful attachment to another, slightly older woman.” — A.O. Scott, The New York Times

“Masterful ‘Blue Is The Warmest Color’ is the sublime story of a transformative relationship.” — Jessica Kiang, IndieWire