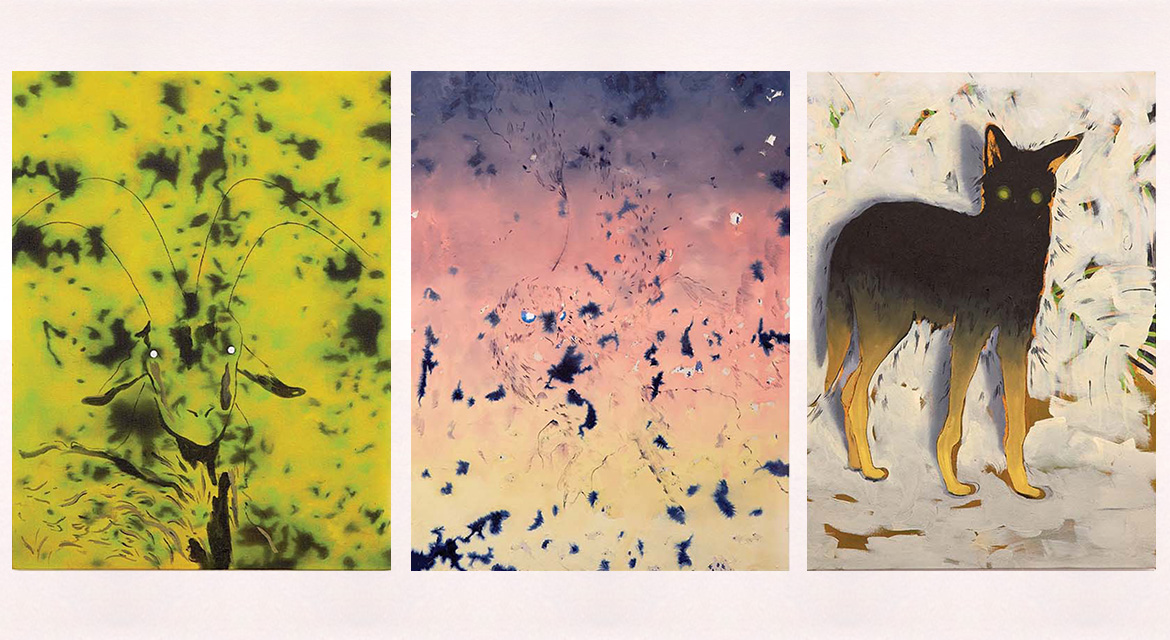 Using painting, video, and sculpture, Cochet conveys the fractured relationship between humans and all other living beings. Questioning what remains after something disappears, he imagines a world where everything could vanish before our eyes.

Layered with architectural symbols, vanishing animals, and vegetation ruled by accelerating entropy, Cochet’s paintings linger in a state of suspension. They create a sense of urgency to cease our current culture of excess.

The exhibition, curated by Lola Siena, is a timely call to restore and protect our symbiosis with nature.

Artist Roman Cochet was born in Paris, France in 1987 and currently lives and works in New York.

Lola Siena is the curator of this exhibition.