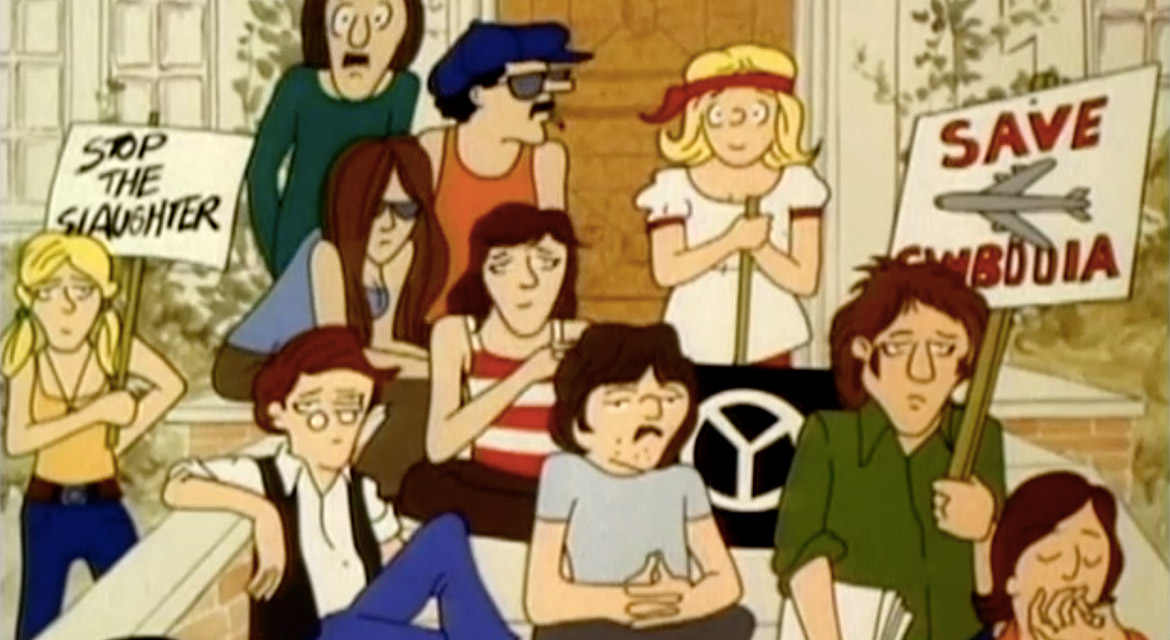 “A Doonesbury Special is magnificent” – AVClub

Wes Anderson, Animation First’s first American special guest, chose this blast to the past based on Garry Trudeau’s popular “Doonesbury” comic strip that was originally aired on NBC in 1977.

Along with filmmakers Faith and John Hubley, Trudeau pondered an important question of the day: Do you sell out your idealism and your thirst for political and social change as you grow older? Or more specifically, do you stop building a commune to build a condo?

As Mike Doonesbury searches for meaning, he muses on gender and racial relations, Simone de Beauvoir, Margaret Mead, football, and pot smoking, bringing an unexpected profundity to the holiday primetime special. Trudeau’s efforts were recognized. A Doonesbury Special won a Special Jury Award at Cannes and was nominated for an Oscar in 1978.