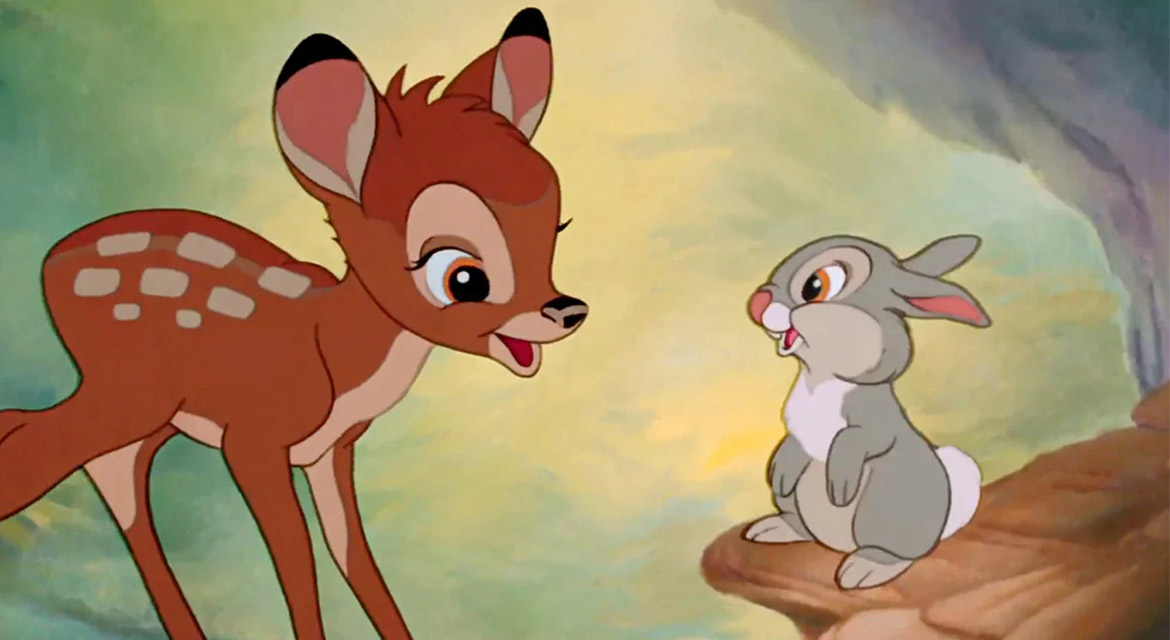 Wes Anderson, Animations First’s first American special guest, selected four films for the Festival, expanding the Festival’s vision beyond French animation. At the top of his list, rarely seen Hindi- and French-dubbed versions of Bambi lends a quirky twist to this classic tale.

Disney’s quintessential masterpiece was adapted from the original English and dubbed into Hindi and French in the mid-1940s. For the Hindi version, a new score was also created. Due to the Indian government’s scrutiny of foreign-produced films at the time, it wasn’t released. However, it was screened in Hollywood and won a Special Achievement Award at the 1948 Golden Globes. Please note that due to rights issues, the Festival will screen the Hindi-dubbed version with the film’s original score and not the new Indian score.

Created under the close supervision of Walt Disney himself, Bambi’s aesthetic approach veered from Disney’s trademark style to embrace a more realistic depiction of animal characters and their natural movements, as well as their richly layered forest habitat. An enormous undertaking at the time, Bambi remains as beautiful and timely as ever, one of the first environmental films and a poignant commentary against violence.