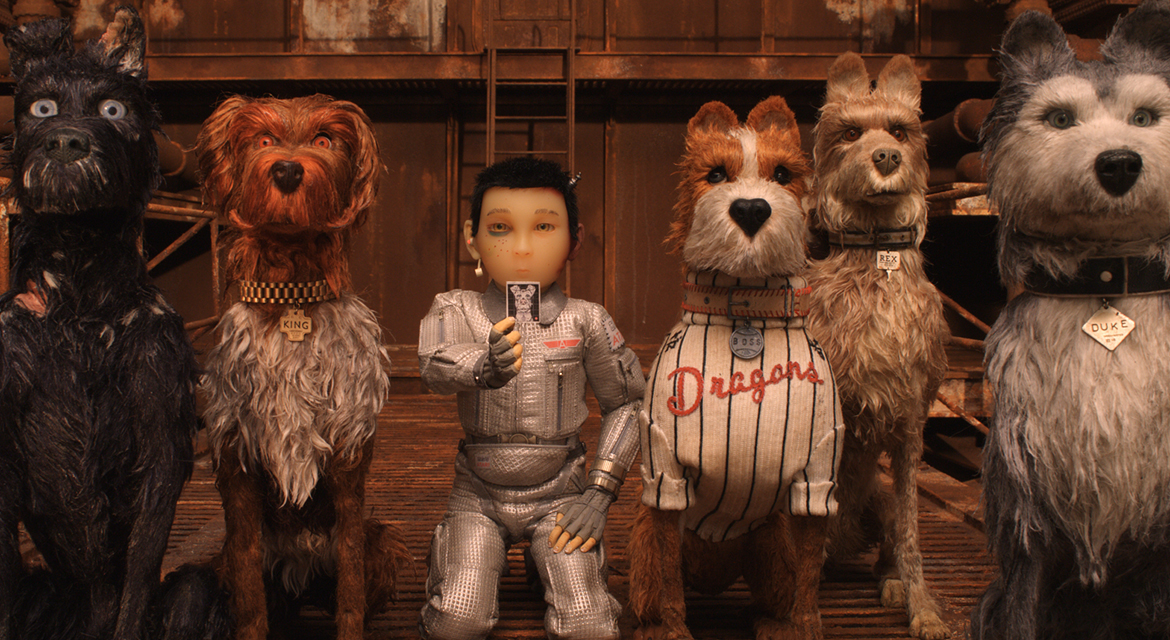 Wes Anderson’s second feature-length animated film, this charming stop-motion sci-fi was nominated for an Oscar, a Golden Globe, and a BAFTA.

Set in Japan, Isle of Dogs, follows a young boy’s epic journey in search of his lost dog. This charming stop-motion sci-fi film was nominated for an Oscar, a Golden Globe, and a BAFTA.

When, by executive decree, all the canine pets of Megasaki City are exiled to a vast garbage-dump called Trash Island, 12-year-old Atari sets off alone in a miniature Junior-Turbo Prop and flies across the river in search of his bodyguard-dog, Spots. There, with the assistance of a pack of newly-found mongrel friends, he begins an epic journey that will decide the fate and future of the entire Prefecture.