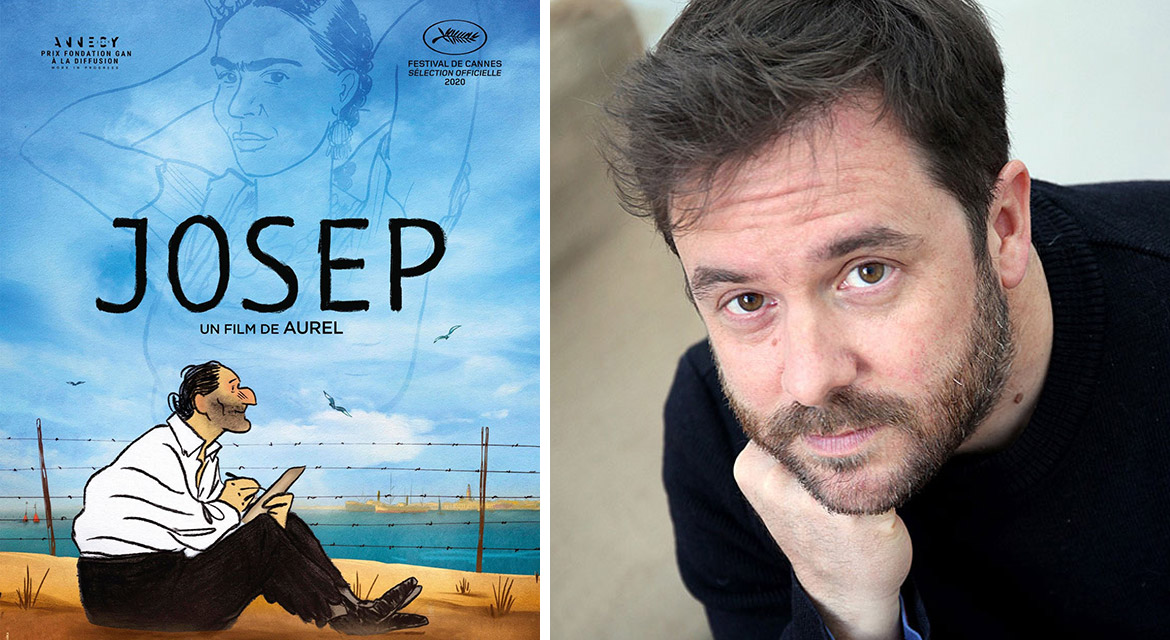 Illustrator, graphic novelist, and Le Monde cartoonist Aurel illuminates the process behind his first feature film, a striking homage to another illustrator, Josep Bartolí. Using clips and images, he will share how he became interested in the Retirada, a dark period of history during which 450,000 Spanish republicans fled to France in 1939, and how he discovered Bartolí’s biting drawings.

Along with screenwriter Jean-Louis Milesi, they will discuss the challenges of turning this material into an animated film, delving into their choices in writing the script to selecting color palettes to focusing on different periods in Bartolí’s life.

They will be joined by Bernice Bromberg, who was married to Bartolí until his death in 1995. Over the years, Ms. Bromberg has kept Bartolí’s work alive and safeguarded his drawings—vivid testimony of his life as an illustrator caught in one of the 20th century’s most brutal conflicts.