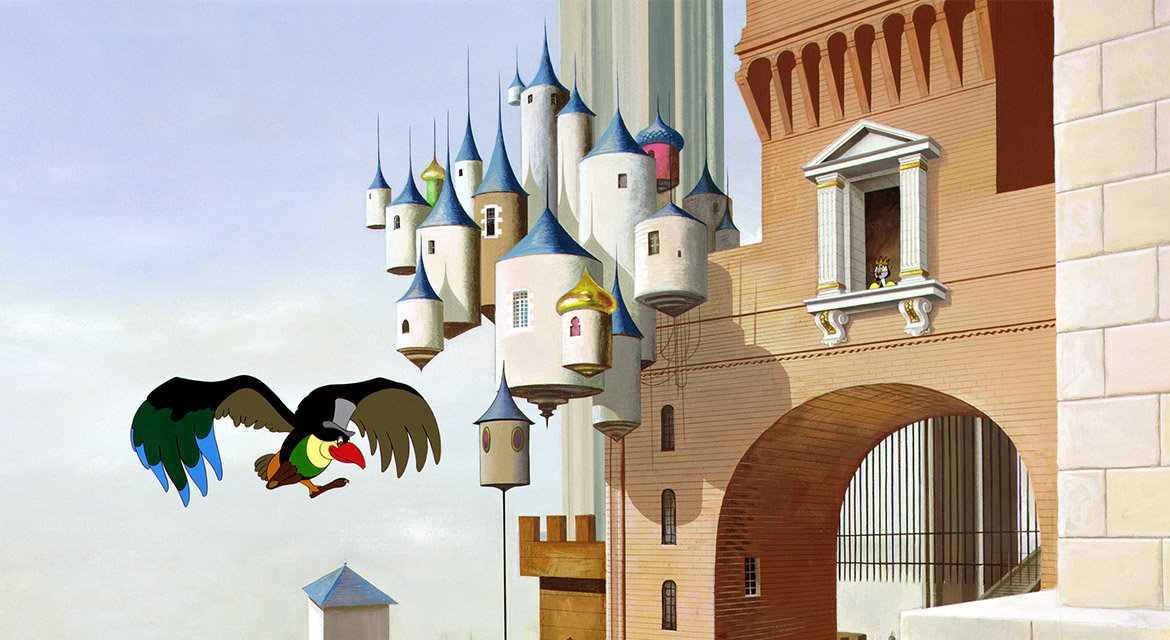 This gem by the legendary French animator Paul Grimault took 30 years to make and then another 34 years to be released in the US. Featuring a script by Jacques Prévert—which is based on a tale by Hans Christian Andersen—it follows a shepherdess and chimney sweep on the run from a tyrannical king with some help from a talking bird. This wildly satirical and surreal masterpiece also tells of the corrupting nature of power. Grimault’s masterpiece is a cult classic and is credited with inspiring the celebrated Japanese animators Hayao Miyazaki and Isao Takahata to found Studio Ghibli. It also finds resonance in later films such as Brad Bird’s The Iron Giant.