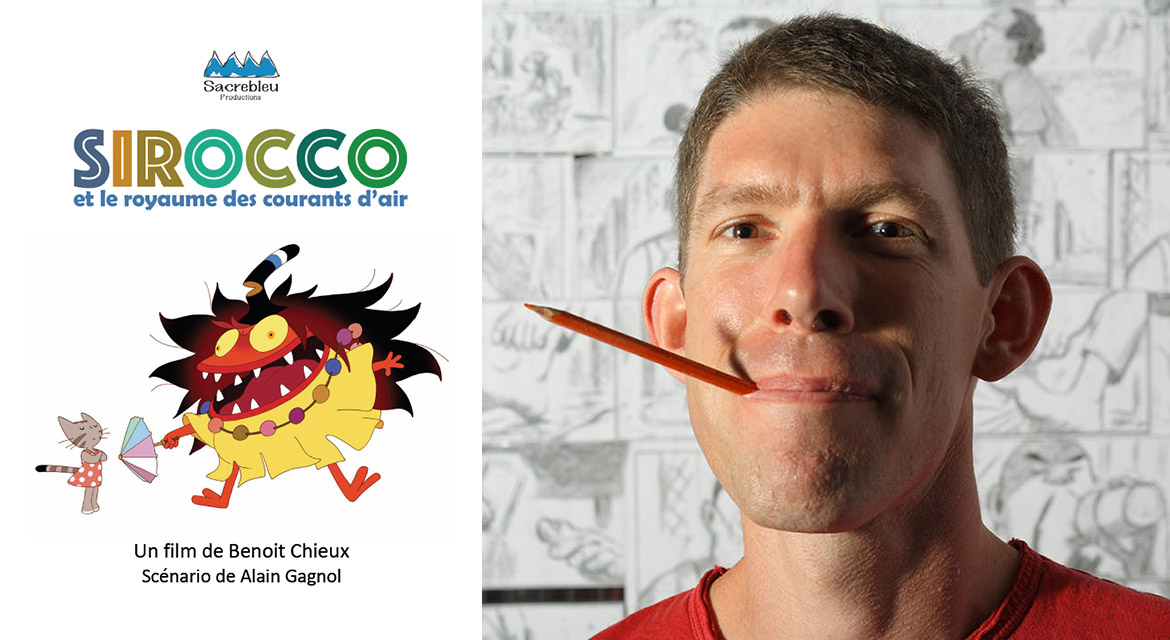 César Award–nominated Benoît Chieux discusses his much-anticipated Sirocco and the Kingdom of the Winds, sharing clips and images of the upcoming feature.

In Sirocco, Juliette and Carmen, two intrepid sisters, discover a passage between their world and the extraordinary universe of their favorite book, The Kingdom of the Winds. As they enter a magical realm populated by strange creatures, the sisters embark on an unforgettable adventure.

The colorful and imaginative feature is penned by Oscar-nominated Alain Gagnol (A Cat in Paris, Phantom Boy) and produced by Ron Dyens of Sacrebleu Productions.

Chieux’s latest short, Melting Heartcake (2019), will be screening during the Festival as part of the Family Friendly Shorts program.