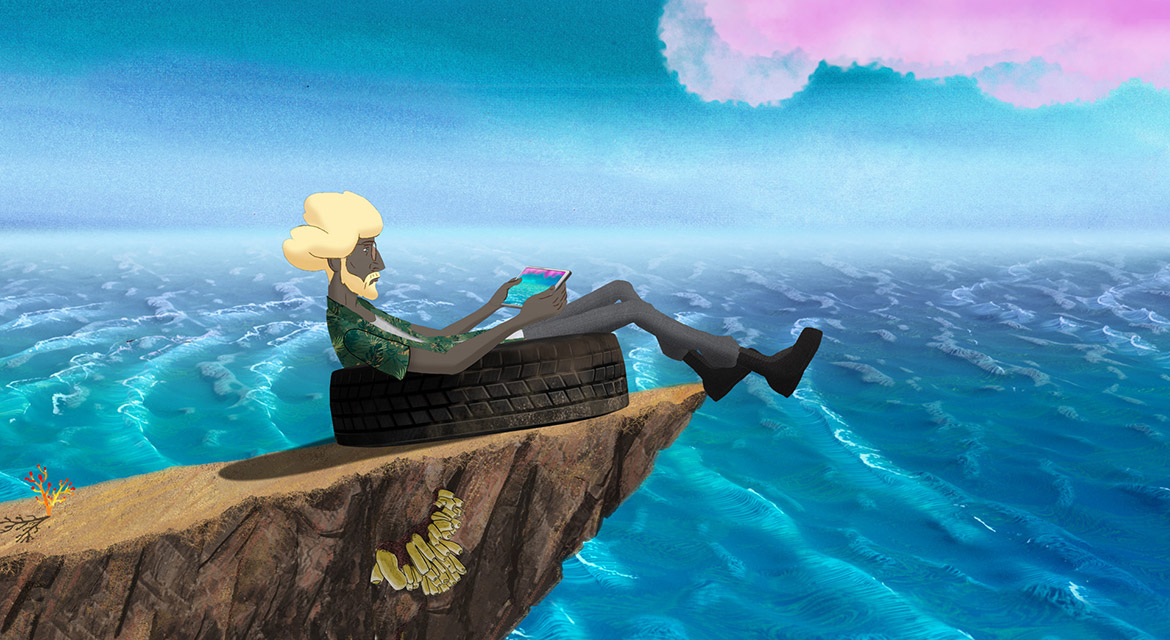 After receiving raves and awards for her wildly original animated feature Marona’s Fantastic Tale—the film received its NY premiere at Animation First 2020—, Anca Damian went to the Mediterranean for her next film, The Island.

She describes her new project as a musical comedy and “upside-down Robinson Crusoe” story mixed with elements of The Little Prince and Monty Python. However, this update of Daniel Defoe’s classic novel addresses Europe’s present-day refugee crisis, enveloping the viewer through augmented reality-like technology.

In this work in progress talk, Damian will speak about her writing process, her rich mixed-media approach to the material, and her collaboration with the Romanian avant-garde Balanescu Quartet to create an entirely original score.

Anca Damian has written, directed, and produced more than seven award-winning feature films, both live-action and animated, each with a distinctive and innovative visual style.