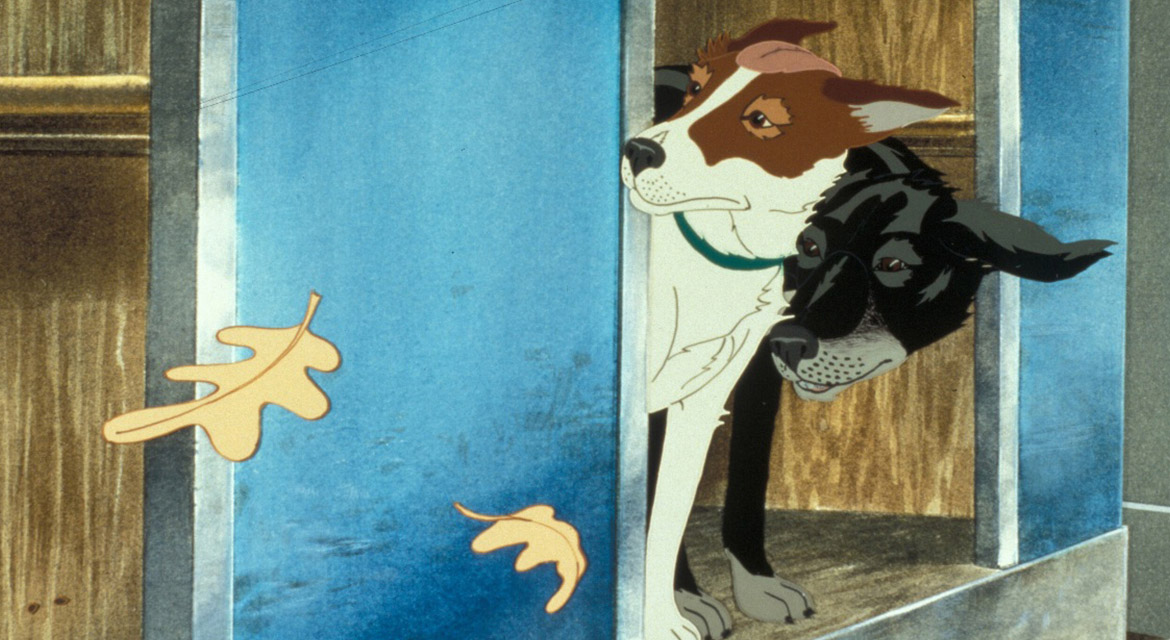 “Martin Rosen treats his Plague Dogs almost as though it were live action. He varies the scenery and the camera angles imaginatively” – The New York Times

Wes Anderson, Animations First’s first American special guest, chose The Plague Dogs as one of his film picks due to its renewed relevance in our current moment.

In this stunning adaptation of Richard Adams’s eponymous novel, two dogs, Snitter and Rowf, break out of a research laboratory where they are repeatedly abused for testing purposes. Once free, they meet Tod, a cunning fox, who helps them survive in the wild. Though the lab director tries to keep the escape quiet, an increasing number of sheep are discovered dead and rumors that the dogs are carrying the bubonic plague start to spread.

From Martin Rosen, director of Watership Down, The Plague Dogs features the voices of John Hurt, Christopher Benjamin, and Nigel Hawthorne.