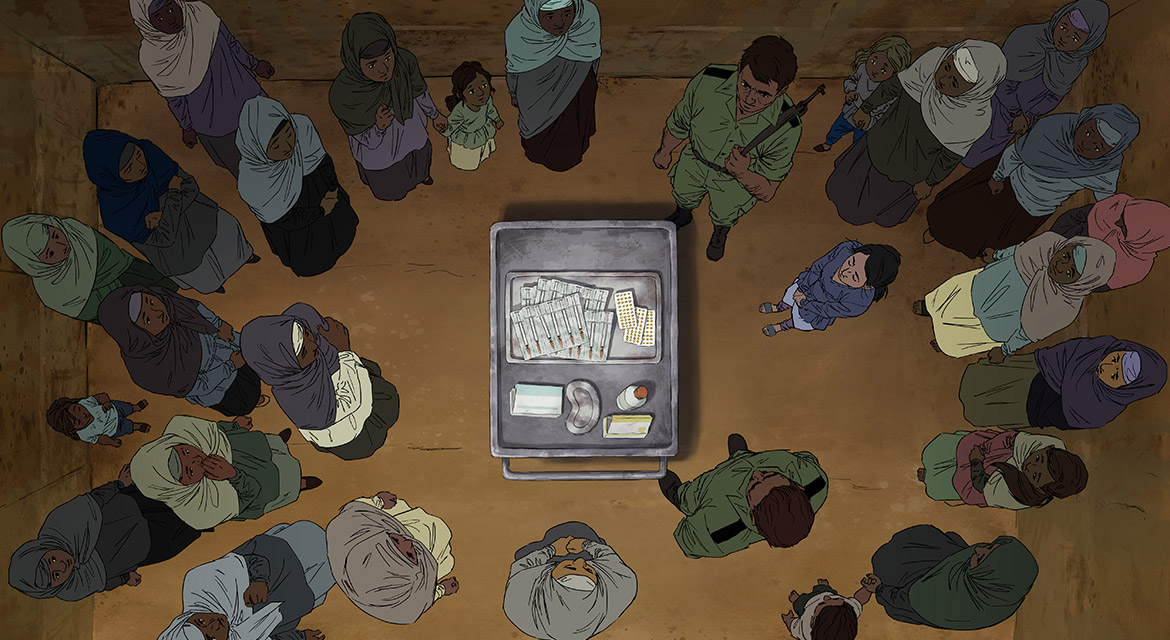 This essential documentary gives voice to victims of sexual violence across the globe. Focusing on the horrors of wartime rape—particularly in Syria, the Ukraine, Africa, and in the US—it exposes the fact that sexual violence and its perpetrators have been largely left unpunished by the international community. Using the courageous testimony of victims as well as interviews from journalists, academics, and political leaders, Zero Impunity is a powerful document. FIAF is proud to present this film and take part in its social impact movement to raise awareness of this vital issue.